Lina Cavalieri The Face That Launched A Thousand Plates 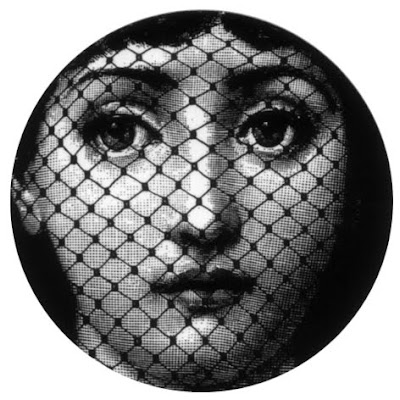 Italian designer Piero Fornasetti once quite famously asked of himself: “What inspired me to create more than 500 variations on the face of a woman?” His admittance: “I don’t know, I began to make them and I never stopped.” is almost as charming as the plates themselves. 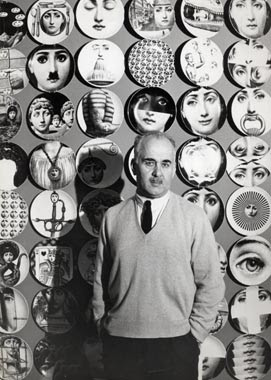 
Born in 1913, Piero Fornasetti was a Milanese painter and interior designer. One day he came across an image of the Opera singer Lina Cavalieri in a French, 19th century magazine, looking as enigmatic as the Mona Lisa. This image inspired Fornasetti to create his series of over 350 plates.

Each plate expands on the initial plate as he moves through themes such as illusion, architectural perspectives, the sun, and harlequins. Each plate explores the ideas of classical beauty and the mysteries of femininity. The wistful smile and saucer eyes of Lina Cavalieri engage the viewer through Fornasetti’s distinct black and white graphic style. The look is classic and timeless, a design icon to enhance your home surroundings. 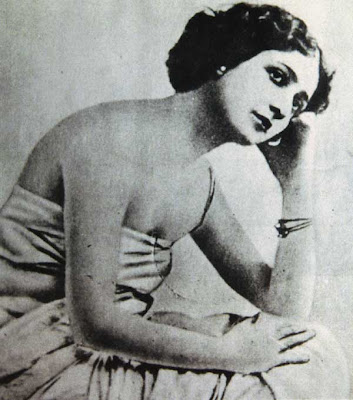 Born Natalina Cavalieri in Viterbo, Latium, Italy, she lost her parents at the age of fifteen and became a ward of the state, sent to live in a Roman Catholic orphanage. The vivacious young girl was extremely unhappy under the strict raising of the nuns, and at the first opportunity she ran away with a touring theatrical group.

Blessed with a good singing voice, a young Cavalieri made her way to Paris, France, where her stunning good looks opened doors and she obtained work as a singer at one of the city's café-concerts. From there she performed at a variety of music halls and other such venues around Europe while still working to develop her voice for the opera. A soprano, Cavalieri took voice lessons and made her opera debut in Lisbon, Portugal, in 1900, the same year she married her first husband, the Russian Prince Bariatinsky. Eventually she followed in the footsteps of Hariclea Darclée as one of the first stars of Puccini's Tosca. In 1904 she sang at the Opéra de Monte-Carlo then in 1905, at the Sarah Bernhardt Theatre in Paris, Cavalieri starred opposite Enrico Caruso in the Umberto Giordano opera, Fedora. From there, she and Caruso took the show to New York City, debuting with it at the Metropolitan Opera on 5 December 1906. 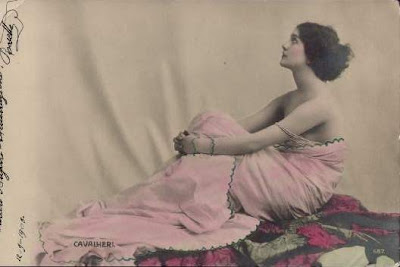 Cavalieri remained with the Metropolitan Opera for the next two seasons performing again with Caruso in 1907 in Puccini's Manon Lescaut. Renowned as much for her great beauty as for her singing voice, she became one of the most photographed stars of her time. Frequently referred to as the "world's most beautiful woman," she was part of the tightlacing tradition that saw women use corsetry to create an "hour-glass" figure. During the 1909–1910 season she sang with Oscar Hammerstein's Manhattan Opera Company. Her first marriage long over, she had a whirlwind romance and marriage with Robert Winthrop Chanler (1872–1930), a member of New York's prominent Astor family. However, this marriage lasted only a very short time and Cavalieri returned to Europe where she became a much-loved star in pre-Revolutionary St. Petersburg, Russia, and in the Ukraine. 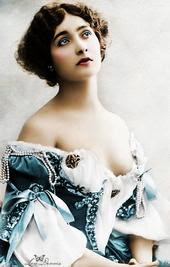 During her career, Cavalieri sang with other opera greats such as the Italian baritone Titta Ruffo and the French tenor Lucien Muratore, whom she married in 1913. After retiring from the stage, Cavalieri ran a cosmetic salon in Paris. In 1914, on the eve of her fortieth birthday — her beauty still spectacular — she wrote an advice column on make-up for women in Femina magazine and published a book, My Secrets of Beauty. In 1915, she returned to her native Italy to make motion pictures. When that country became involved in World War I, she went to the United States where she made four more silent films. The last three of her films were the product of her friend, the Belgian film director Edward José. 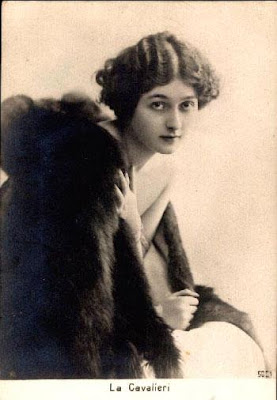 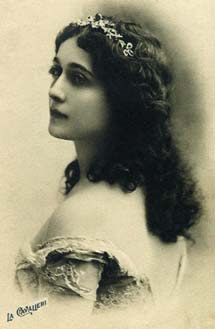 Married for the fourth time to Paolo d’Arvanni, Cavalieri returned to live with her husband in Italy. Well into her sixties when World War II broke out, she nevertheless worked as a volunteer nurse. Cavalieri was killed in 1944 during an Allied bombing raid that destroyed her home in the outskirts of Florence.

La Cavalieri's discography is slim. In 1910, for Columbia, she recorded arias from Faust, Carmen, Mefistofele, La bohème, Manon Lescaut and Tosca, as well as the song, "Maria, Marì! (Ah! Marì! Ah! Marì!)." In 1917, for Pathé, the soprano recorded "Le rêve passé," with Muratore. 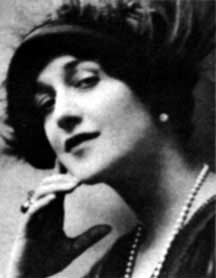 She was painted by the Italian artist Giovanni Boldini (acquired by Maurice Rothschild) and by the Swiss-born American artist Adolfo Müller-Ury (1862-1947). The latter is now the property of the Metropolitan Opera House in New York, the gift of Nicholas Meredith Turner in memory of his wife the soprano Jessica Dragonette. Hers is the face that appears repeatedly, obsessively in Piero Fornasetti's designs. 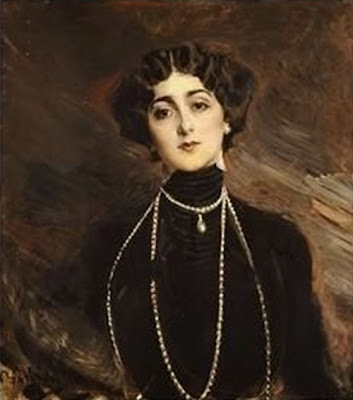 Giovanni Boldini
In 1955, Italian actress Gina Lollobrigida portrayed Cavalieri in the film The World's Most Beautiful Woman. In 2004, a book was published authored by Paul Fryer and Olga Usova titled Lina Cavalieri -The Life of Opera’s Greatest Beauty, 1874–1944. 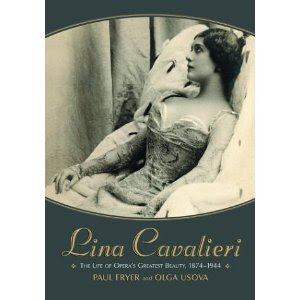