John Lavery, born in Belfast in 1856 into a Catholic family, was orphaned early in life. He moved to Glasgow and worked as a photographers assistant, before taking art classes at the Haldene Academy. In 1881 he attended the Academie Julian in Paris, and, on a visit to Grez three years later, was influenced by the work of Frank O'Meara and other 'plein air' painters who worked there. He subsequently painted in Scotland and England as well as Ireland, but his plein air work is mainly associated with France and with Tangiers, where he bought a house. In England, his fashionable portrait practice thrived, particularly after he painted the British royal family in 1913. Lavery was an official war artist for Britains Royal Navy during the First World War. He was a highly versatile artist and moved easily in the highest echelons of society, both in Britain and on the Continent. 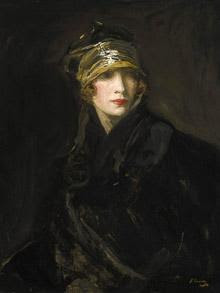 The Gold Turban
On a painting trip to Brittany in 1904, Lavery, a widower since 1891, met Hazel Martyn (1887-1935), the daughter of a Chicago industrialist of Irish extraction. She was then engaged to a Canadian doctor, who died shortly after their marriage. In 1909 she and Lavery married. Hazel, a beautiful and fashionable woman who herself liked to draw and paint, became Lavery's most frequent sitter. Her well known face and the characteristic red, purple and gold colour harmonies make The Red Rose immediately recognisable as a portrait of her. However, the canvas was begun in 1892 as a portrait of Mrs William Burrell. In 1912, it was transformed into a portrait of Sarah Bernhardt, and in the early twenties it was, for a brief period, a portrait of Viscountess Curzon. 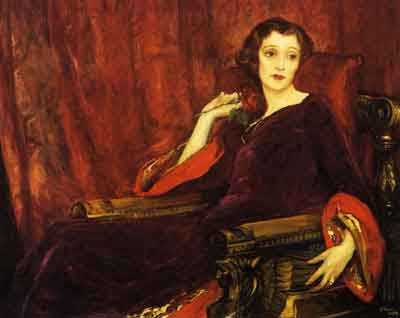 Red Rose
Hazel Lavery's face became well known to Irish people because it was her engraved portrait which graced the Irish pound note until the 1970s. The Irish Free State government invited Lavery to paint his wife's portrait for the currency as a token of gratitude for the help he and Hazel - by then Sir John and Lady Lavery - gave to the Irish delegation during the negotiations for the Anglo-Irish Treaty in London in 1921. The Laverys lent their splendid house at Cromwell Place in South Kensington to the Irish delegation, led by Michael Collins. It was the acceptance of the terms of that Treaty by Collins and his delegation that led to the subsequent Civil War in Ireland. 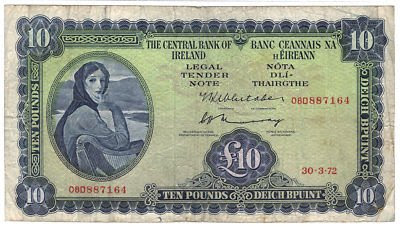 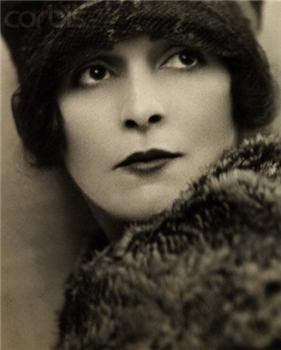 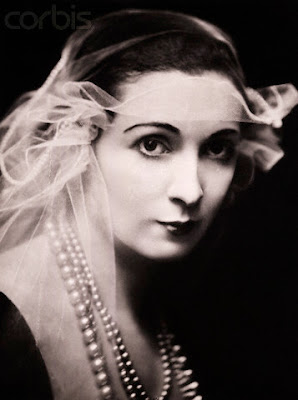 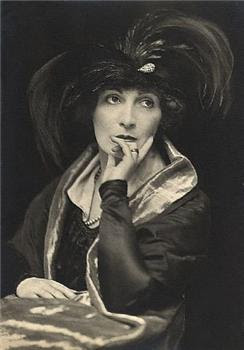 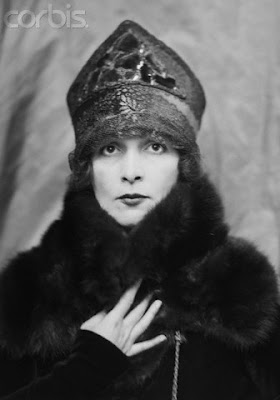 I love the work of Sir John Lavery, I think he was an incredibly versatile artist and a master at capturing light and shade... 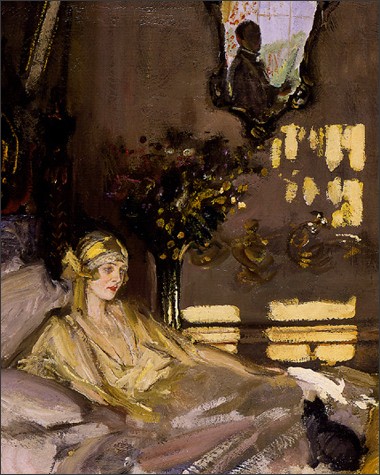 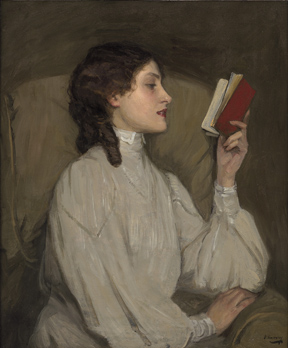 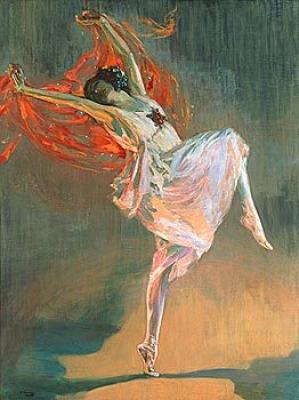 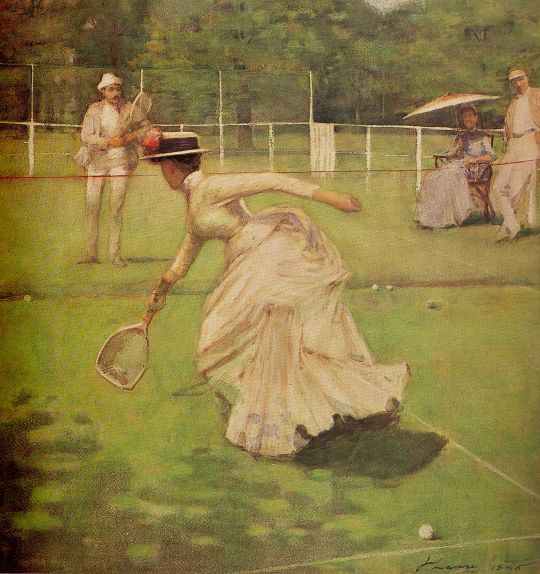 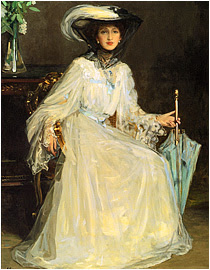 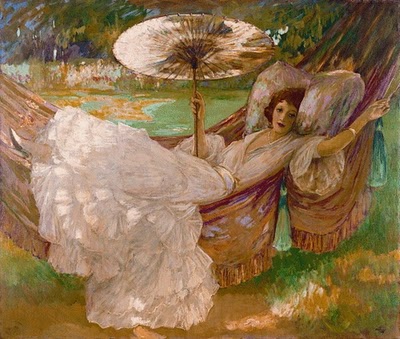 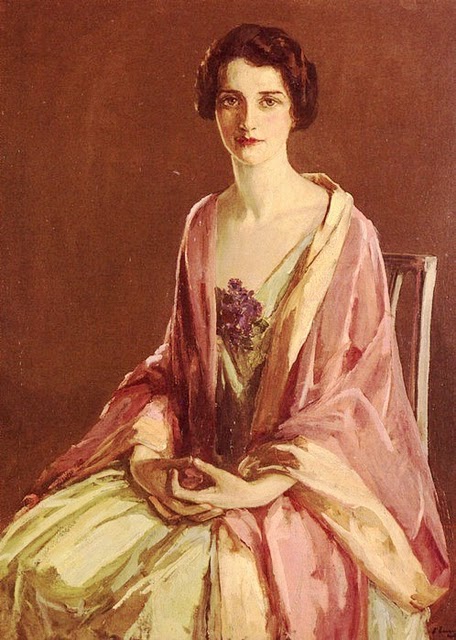 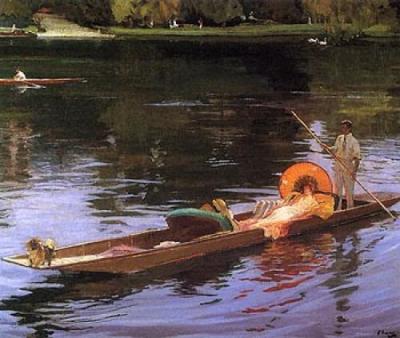 Boating on The Thames 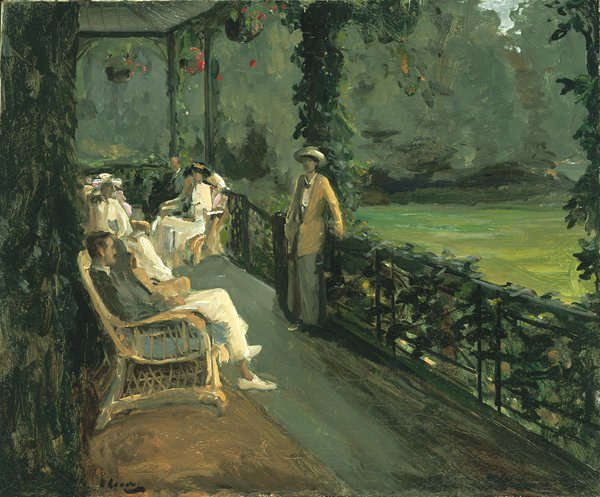 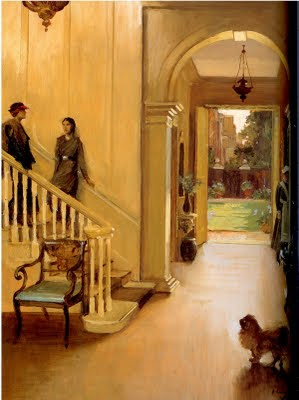 The Hall of Argyll House 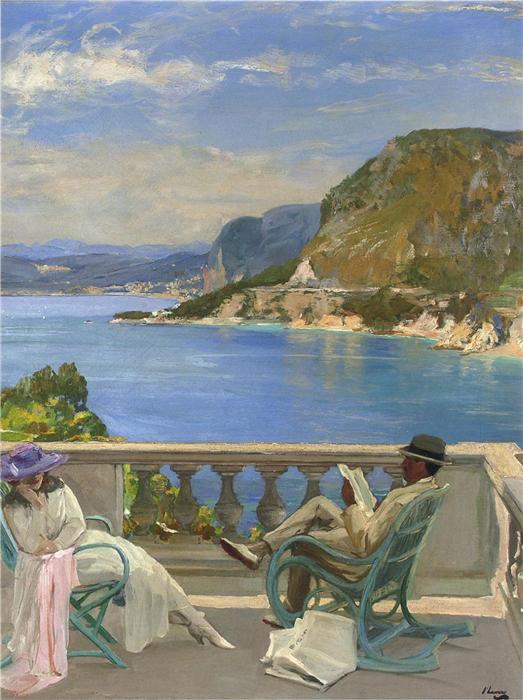 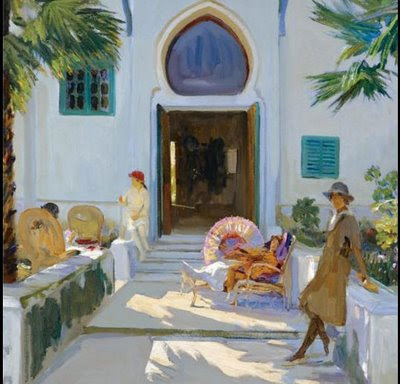 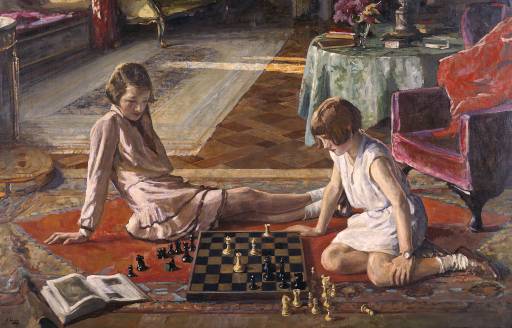 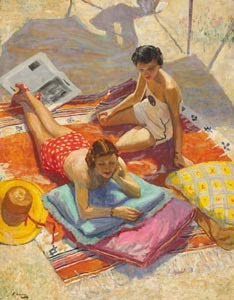