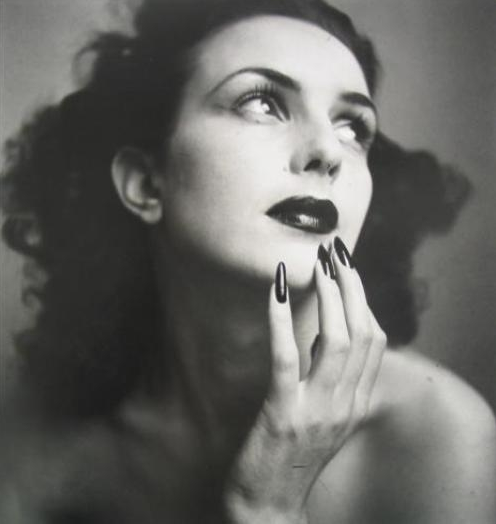 There is no doubt that Jacques Henri Lartigue had an excellent eye, he also had an eye for the ladies and I think perhaps a hand and nail fixation...

On December 17th 1919, Lartigue married his first wife Madeleine Messager, he called her Bibi, they had two children together Dani born in 1921 and Veronique born in 1924, sadly she died at only a few months old.  Madeleine and Jacques parted in 1930. 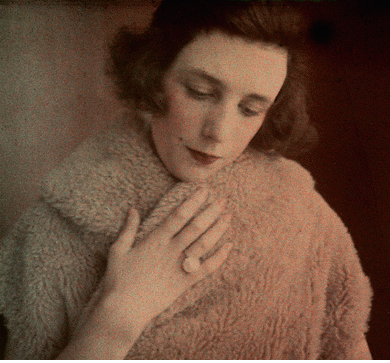 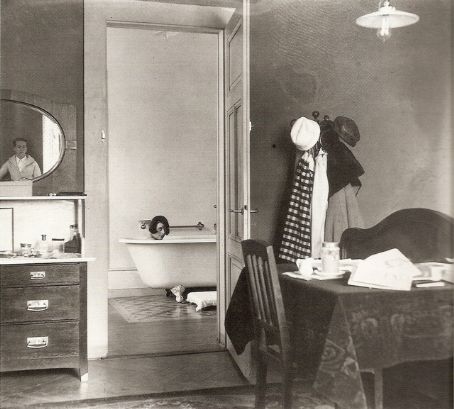 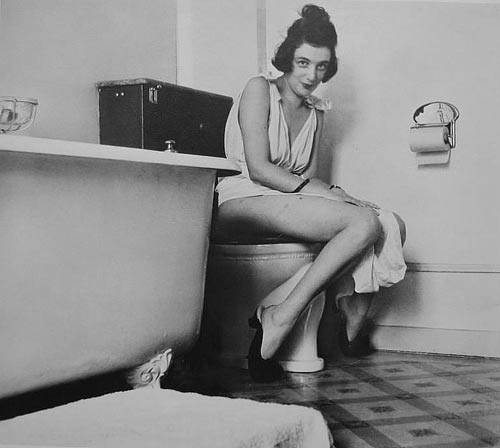 “What am I ? And what am I doing here ? I am a married man – on my honeymoon. I think it must be the funniest thing in the world, me, a married man, on his honeymoon.
Bibi and I go everywhere together … arm in arm. We look at everything; we discover everything”.

“On her loving days Bibi is intelligent, charming and terribly funny. I will cherish forever the first photograph I took of her on our honeymoon.”
“We have a good life …”

“To keep in good shape Bibi exercises every morning with her teacher. I sometimes exercise with her, but that apparently, is disastrous for her concentration. We laugh too much. I don’t understand why Bibi is so concerned about her figure. She tells me she does it for me and that I ought to be flattered. Life is full of excitement, surprises … and best of all, Bibi.” 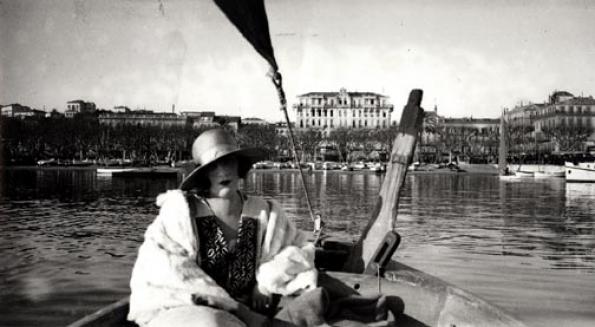 “I have a son ! He was born on August 23. His name is Dani, and he cries, he screams, he howls … and when Dani finally consents to give his public a vague, resigned smile of concession, everyone is ecstatic: he smiles like an angel”

“Yvonne (Printemps) is one month younger than I, Bibi two years. They are both flowers on the point of opening up to their moment of greatest beauty … so why do I still look like a bunch of green raisins ?”

“Bibi in the last month of her pregnancy evokes an enormous tenderness in me. We are very close … in all senses. It seems to me, strangely enough, that I am waiting with more nervous expectation for this second child than I waited for our first. Bibi is not nervous. Quietly she prepares the room for the baby, irons the curtains, plays with Dani. She is tired … but happy.”


“Bibi is near to fainting in my arms.”

“To die on a Sunday. Messager, the always active man. I think about that. I think about a lot of things. My eyes are dry. Don’t I feel any grief ? Bibi weeps over her father … isn’t that enough to make my heart melt ?” 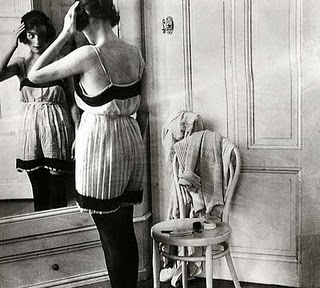 “I am alone in the studio, my cluttered garret, high up in our house in Neuilly. It’s four o clock in the morning. Through the skylight I can see the whole city (Paris) bathed in the first glow of sunrise. I wonder how many unhappy people there are living in all the thousands of houses ? Am I one of those unhappy people ?
In a little while, I will go downstairs and lie beside Bibi. But first I must clarify my thoughts. I haven’t been very successful so far. It has been said so many, many times that a betrayed husband is the last person to know and to understand. A betrayed husband ? Me ?
Bibi ! My little Bibi ! Bibi of our happy years ! Would she really betray me ? I realize, of course, that anything, absolutely anything, can happen in a lifetime; that the most improbable crises are always plausible. But this ? Bibi and that poseur ! Bibi, with her lack of patience, her knife-sharp judgments ! Bibi, the daughter of Messager ! But I shouldn’t have forgotten that Bibi is also the daughter of that Louis XV mother with her lace furbelows ! Does Bibi really love this man ? He loves her. Yes ! To him she is the Rolls-Royce he always wanted to have, when all the idiot can afford is a Renault ! I talk, I write, I think. But inside me the chaos continues ! I tell myself lies, and then I try to convince myself that what I just told to myself is the truth. I think: I love Bibi, she is mine. I don’t want to be concerned about anything else. There is a certain kind of suffering you can refuse. I am very sleepy, and I realize that I don’t know anything more than I did a few hours ago.” “When I talk feverishly about the need to produce and to create, it really means that I’m in the midst of a crisis. Again I’ve become a spectator, an outsider, which, apparently is the only way I can live through these dramas. I have learned one thing: I should never have trusted our silences. I shouldn’t even have trusted the affectionate conversations we have had, Bibi and I. Our happiness has been assassinated ! We remain friends, we talk without anger, but the words – my words – are artificial. My second self, that cold, phlegmatic creature – my self-appointed referee – chuckles in a corner about my performance in real life. 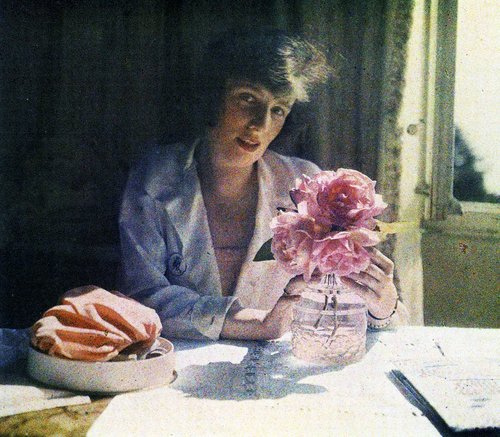 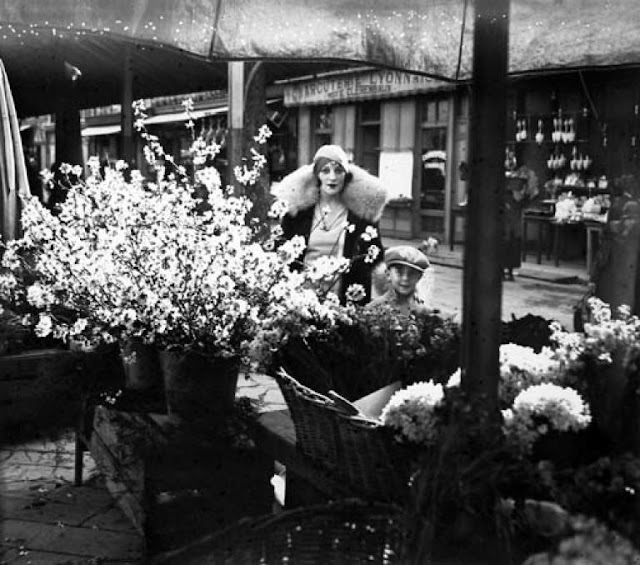 “I live alone with my fantasies. Perhaps they are the best company a man can have?”
“Paris is almost deserted. The smell of the hot asphalt evokes memories of other summers. And all those memories together form one great big, enormous chaos: love. There are old, marvellous, tender, indescribable memories that I never did, and never could, invite Bibi to share.”


In 1930 Jacques meets the beautiful Renee Perle, the lady that went on to become his most famous muse, she became his mistress, Renee and Jacques were together for two years. 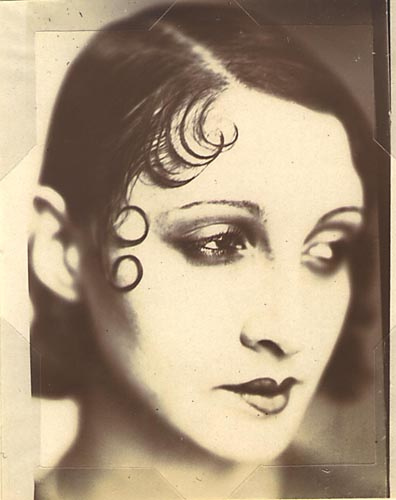 “Half past five at the Embassy. I wait for my “parasol” from last night. I need a whisky. I’m very shy deep down, and ready to be furious if she doesn’t show up. It’s my curiosity that would be most disappointed…
Five thirty-five. There she is! Can it really be her? Ravishing, tall, slim, with a small mouth and full lips, and dark porcelain eyes. She casts aside her fur coat in a gust of warm perfume. We’re going to dance. Mexican? Cuban? Her very small head sits on a very long neck. She is tall; her mouth is at the level of my chin. When we dance my mouth is not far from her mouth. Her hair brushes against both.

“Romanian. My name is Renée P… I was a model at Doeuillet…” Delicious. She takes off her gloves. Long, little girl’s hands. Something in my mind starts dancing at the thought that one day perhaps she would agree to paint the nails of those hands…”

To see a previous post all about Renee go here 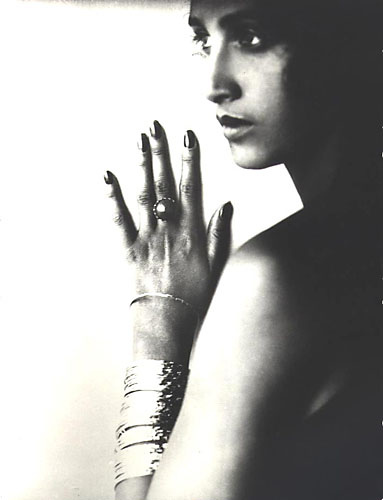 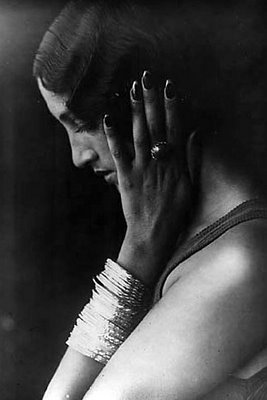 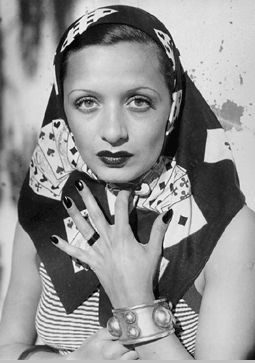 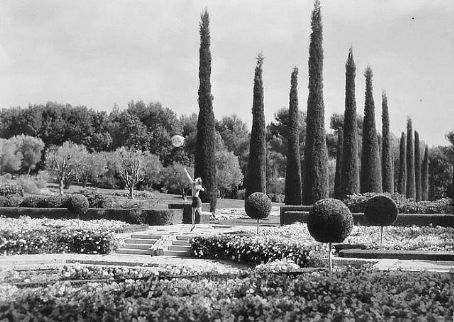 Coco in the garden 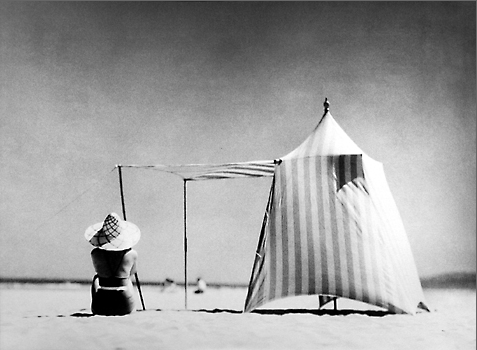 In January 1942 he meets twenty one year old Florette Ormea in Monte Carlo, Jacques was twenty seven years her senior.  They married on August 28th 1945, They remained happily together until Jacques death in 1986, aged 92. 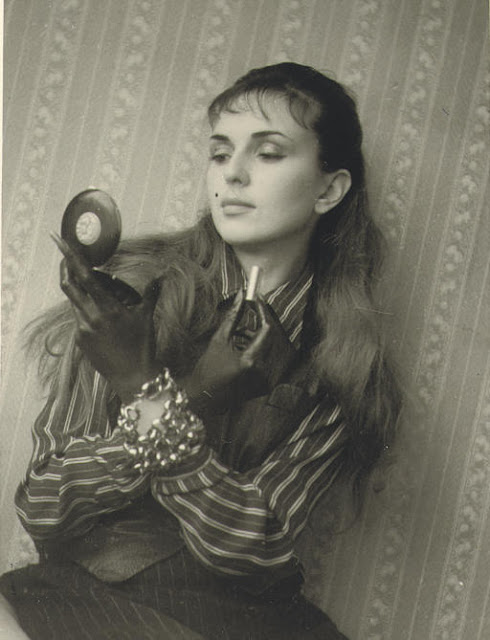 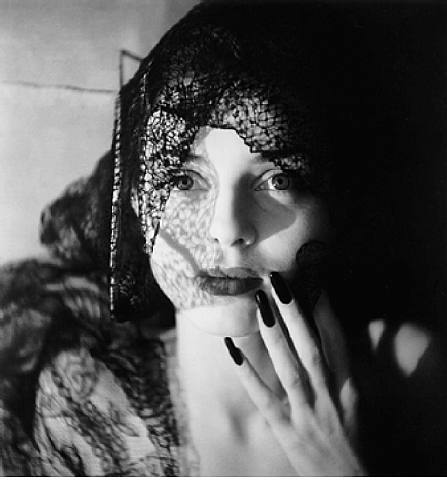 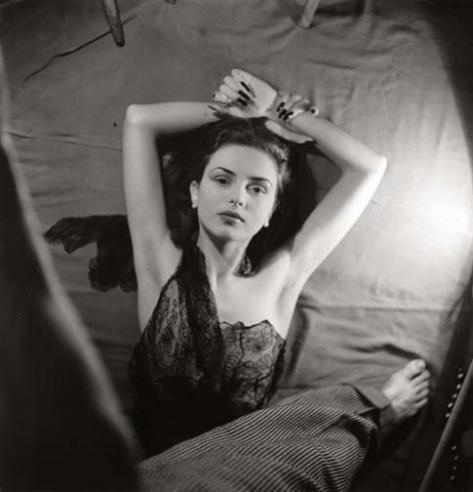 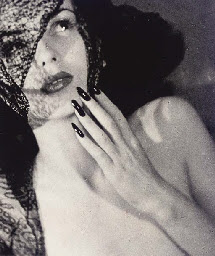 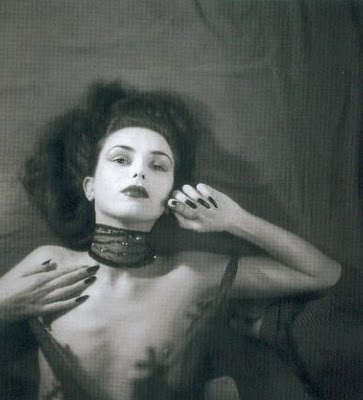 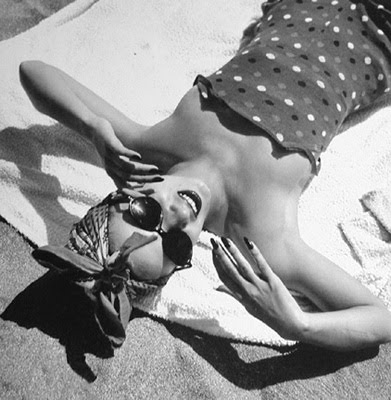 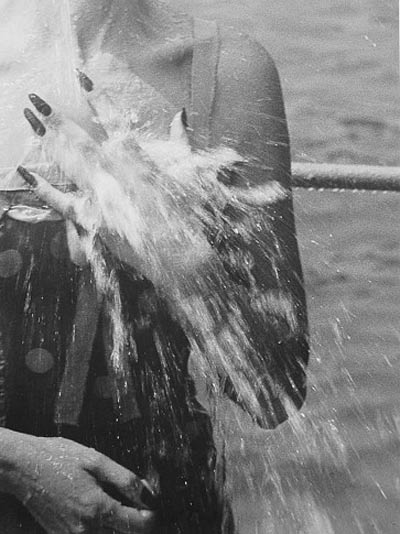 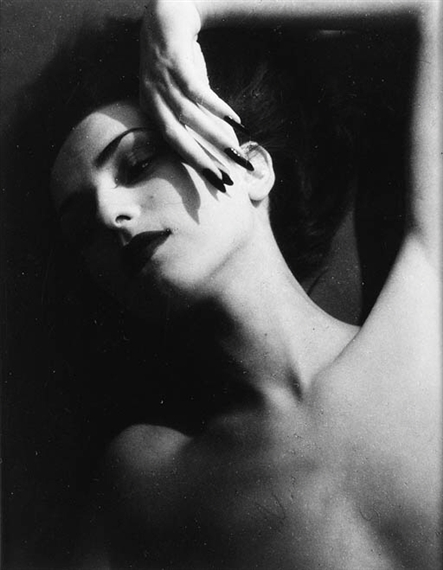 Florette with JFK and a friend, Le Cap d'Antibes 1953 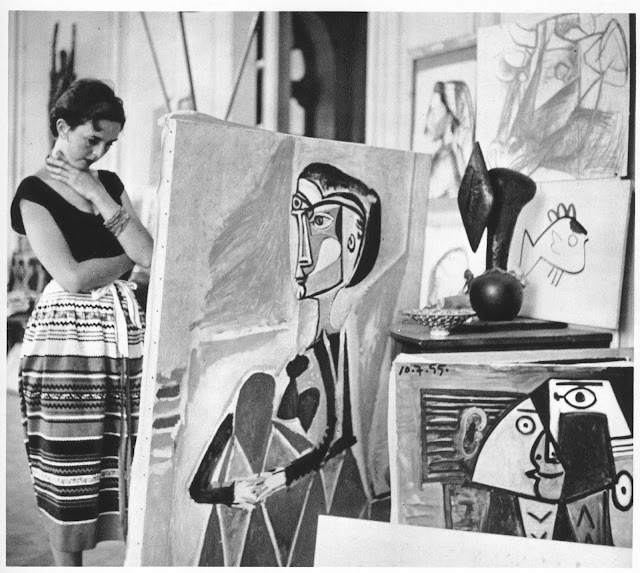 "I have never taken a picture for any other reason than that at that moment it made me happy to do so"
Jacques Henri Lartigue
Posted by Dash at 6:09 PM