Nice, The Friendliest City in France? 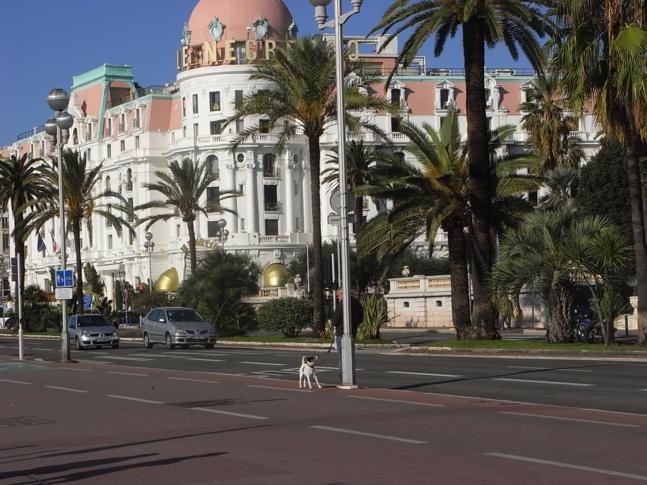 Crusoe on the Promenade des Anglais


A slight intermission in blogging due to a spur of the moment decision for an interlude in Nice. I have driven through and round Nice many times but this was the first time I have actually visited, and yes, I think it possibly is the friendliest city in France.  The friendly, laid back attitude of the locals did not just extend to us, Crusoe has never had so much attention, he was admired and fussed over wherever we went, bar and restaurant staff could not do enough for him, his every wish was catered for, even fellow diners at the local restaurants and cafes were eager to indulge him by feeding him titbits, if like us you like to travel with a furry, K9 friend, Nice is the place to go. 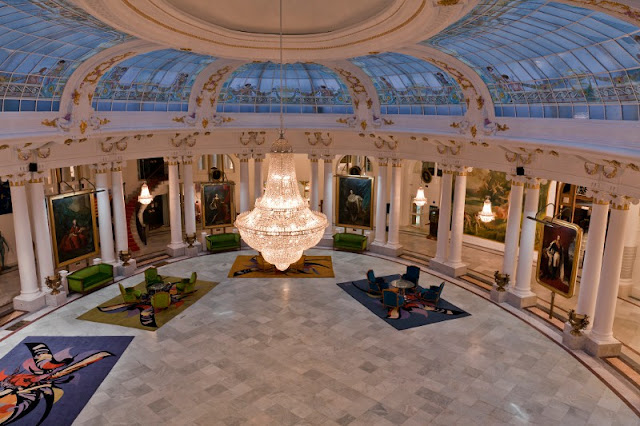 The Royal Salon, The Negresco Hotel

The friendliness, laid back attitude and love of dogs is apparent even in the smartest hotel in town; The Negresco, although unfortunately we did not reside there we did pop in for a look round and an early evening coupe de Champagne.  We headed for the bar but we spied the resident cat in there, fortunately before Crusoe spotted him, now Crusoe positively loathes cats and if we had taken him in there all hell would have broken lose and I really don't think the other patrons of the bar would have appreciated an impromptu re-enactment of Tom and Jerry.  We went in search of the other bar, located in the Carousel restaurant, we were warmly greeted by Madame La Patronne; Jeanne Augier, the rather eccentric owner, she just happened to be dining in the restaurant as we arrived, she is The Negresco. Madame Augier and her hotel have a rather fascinating story; here.  I found the Carousel restaurant slightly bizarre it is just like being on a carousel, with the music and horses to match, we ordered two coupes, unfortunately, the Champagne was flat and my glass was chipped, we informed the waiter, who opened a new bottle and brought us two fresh glasses.  Needless to say without having to ask a very large bowl of water was served to Crusoe. 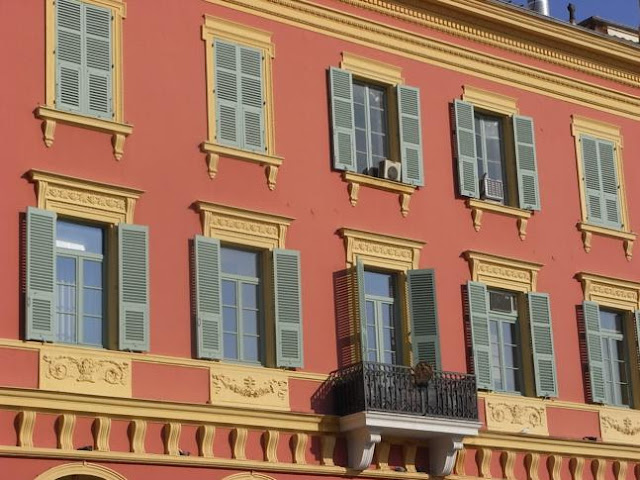 The rest of the time was spent exploring, with many eating and drinking stops, I especially loved the old town, the colours and the architecture are magnificent, bearing in mind that Nice was part of Italy until 1860, sometimes it's hard to figure out if you are in an Italian town or a French one. 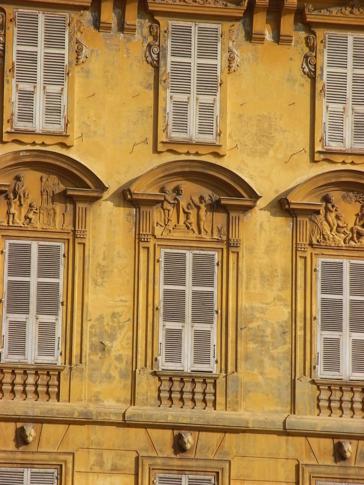 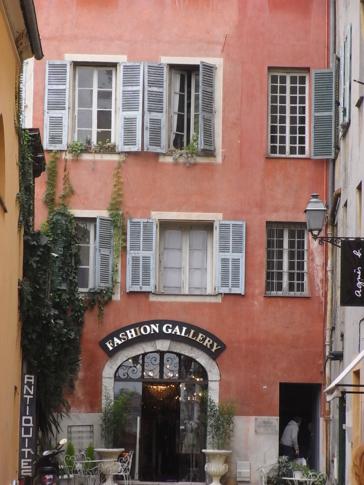 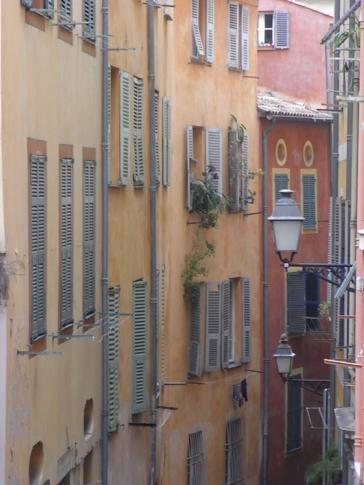 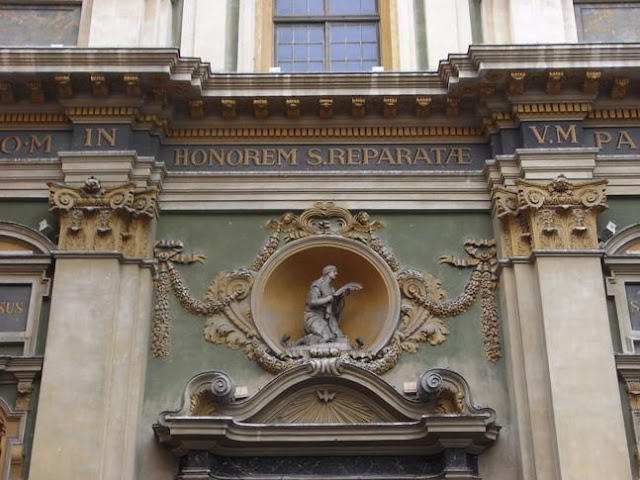 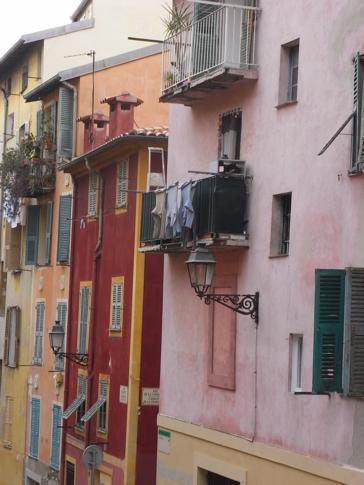 The other highlight for me was the huge flea market in the Course Saleya, held every Monday, I could have had a field day, there were some fine antiques on offer and the vendors were perfectly happy to haggle, so there are plenty of opportunities to bag a bargain, I wondered around in my element until the market just about wrapped up.  Due to the space limitations of a two seater sports car with tiny boot space, my only purchase was a beautifully made mirrored and chrome, hexagonal Art Deco tray (something I have been after for a while) haggled down from 50 to 25 Euros, next time I am coming in a van! 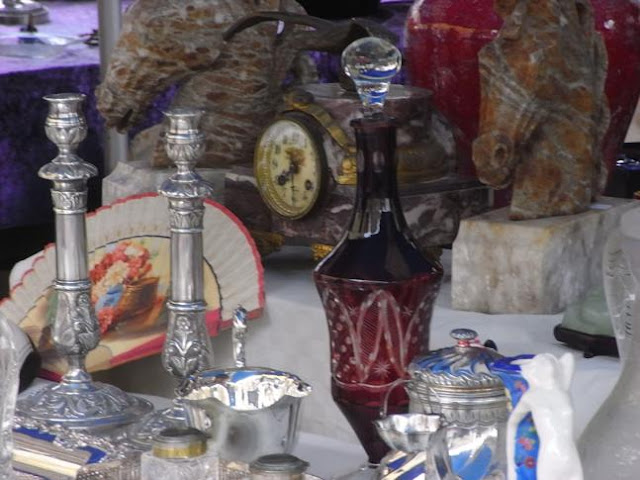 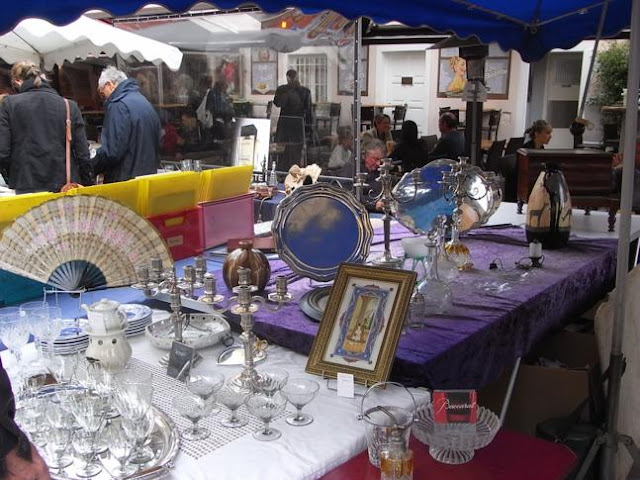 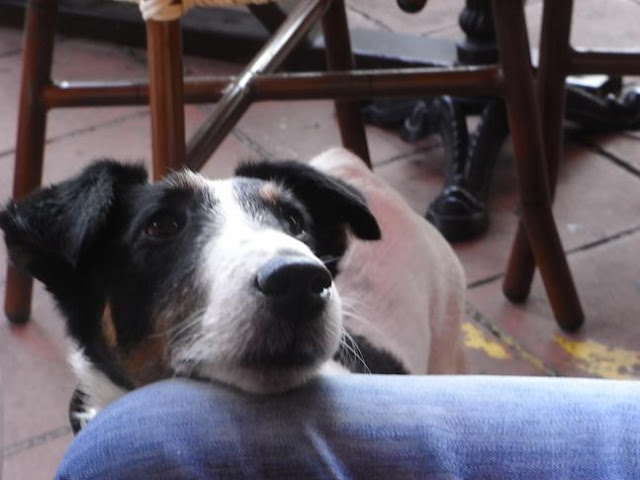 Crusoe, in Nice, working his baby seal impression, he has no shame!