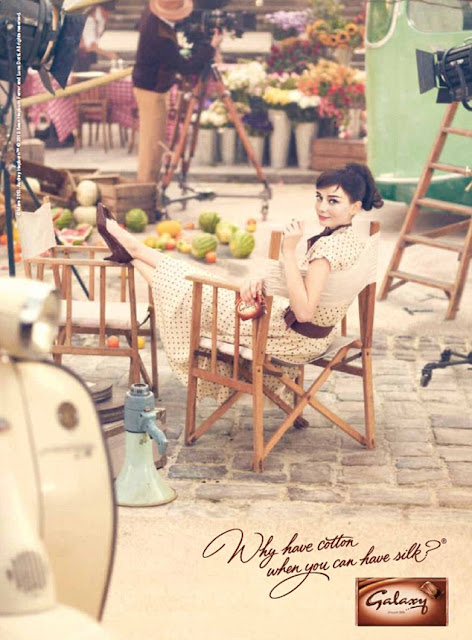 I don't normally have adverts on my blog but I will make an exception in this case.  A well known British chocolate brand with the help of CGI has remastered footage of Audrey Hepburn and turned it into a television advert, the advert has been beautifully done.  Quite what Audrey Hepburn would have made of  posthumously promoting chocolate I really don't know especially bearing in mind she was a good will ambassador for UNICEF an organisation that was close to her heart, Hepburn herself was helped by the organisation receiving food and medical help after World War II.

The Independent has an interesting piece on this advertisement and the subject of posthumous advertising here.

So what do you think, Is it ethical to use departed icons in this way?