A Vintage Day Out 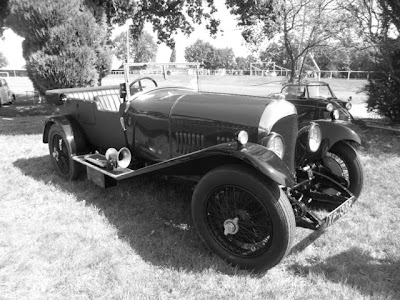 I think I have mentioned in previous posts that MG is a petrol head, MG recently met a fellow petrol head and now he and his lovely (long suffering, quite enthusiastic but not a complete petrol head!) wife have become good friends.

N, petrol head number two restores and sells retro cars, mainly Messershcmitts (that's Micro cars to you and me, he has barns full of his collection of amazingly quirky cars which include Bubble cars  some of which have been used in pop videos) and vintage motor cycles like the Brough Superior most famous for being the vehicle of choice to Lawrence of Arabia, N informed me he died by crashing his seventh one whilst the eighth was on order. 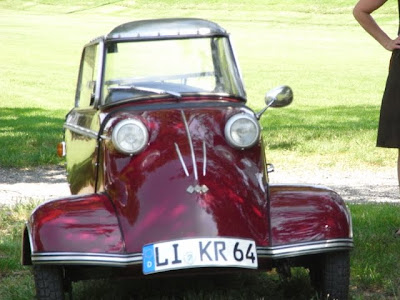 I think he has a point! 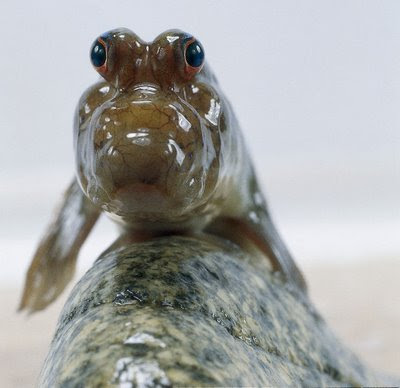 N recently sold one of his lovingly restored and very valuable Brough Superior motor cycles and re invested  in a 1923, three litre Bentley.  He kindly invited MG and I out for a motor ride which included a picnic and
A Concours d'Elegance.

As I have been posting a lot recently on this era, I jumped at the chance, for a ride in a vehicle of this period and Crusoe was also invited.....


Here she is in colour, she is beautiful and much more comfortable and stately than modern cars, you really have a sense that you are sitting in a carriage and the quality of workmanship and detail is gorgeous, no plastic or cheap upholstery involved, not to mention the fact that she purrs along quite happily at around 60MPH, I believe they can reach speeds of 90MPH, quite a feat for a car that is nearly 90 years old.  I thought it would be jerky and uncomfortable but no, a very smooth ride. 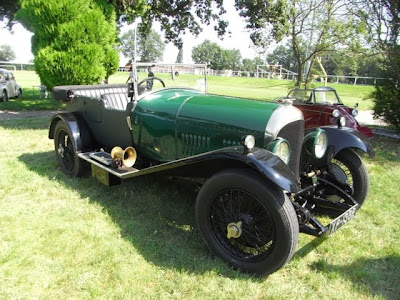 Crusoe's ears flapping in the wind, he enjoyed it too, smelling the countryside whizzing by, although we did hold onto him, just in case he felt the urge to jump out to chase something. 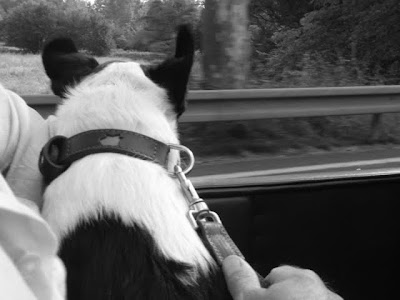 We had to strap the picnic hamper onto the running board as there is no boot. 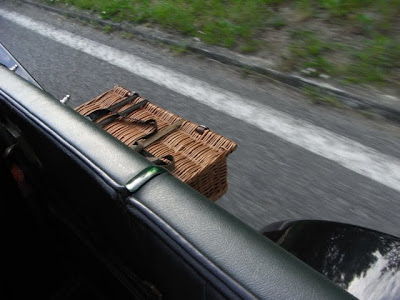 Whilst at the show we admired other cars, this is a 1929 Hotchkiss. 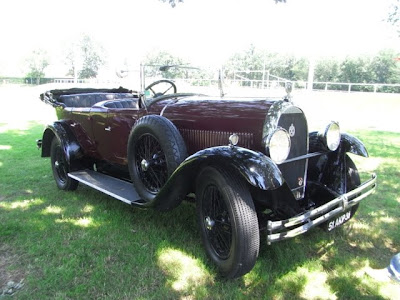 Whilst the boys talked about technical things, I pondered on what previous passengers might have stored in these little boxes. 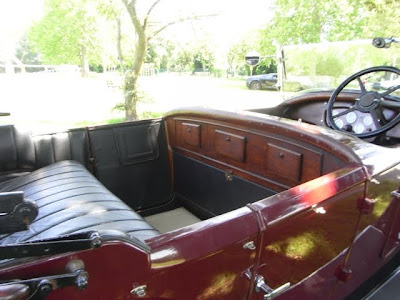 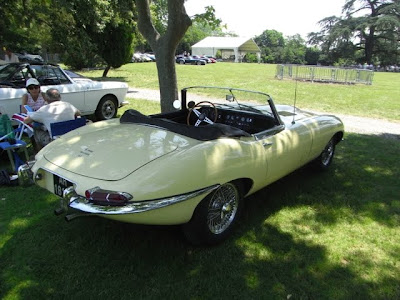 That's what I call a dash board! 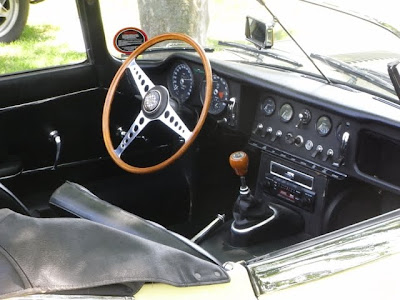 MG, explained this one is better, can't remember why, think because it's older! And it's series one. 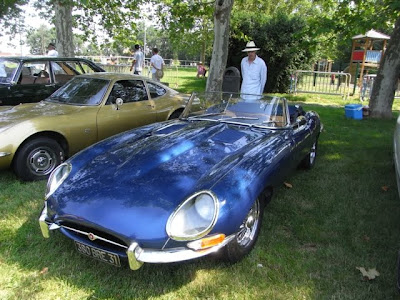 And something to do with original bucket seats! 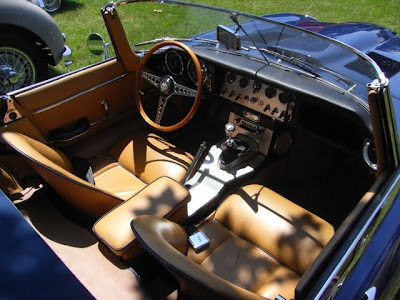 This one is pretty, another Jaguar, can't remember which one, I'm useless with cars, I just go "Oh look at that one, it's pretty"  MG keeps trying to teach me about chassis and stuff but it just goes in one ear and out of the other, he despairs. 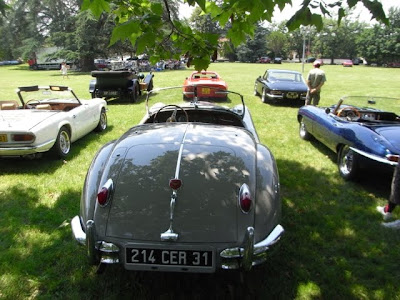 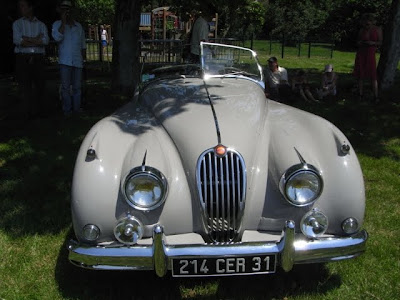 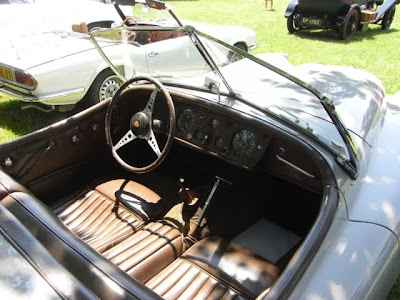 N's lovely Bentley came second in the pre-war class, the Hotchkiss came third, the boys were amused that a 1970 Fiat 500 came first in this class, which war were they talking about? 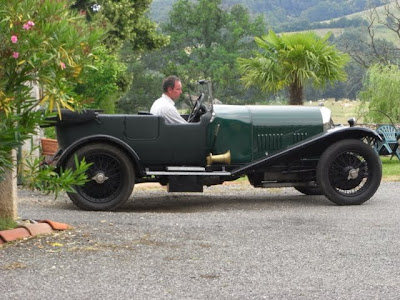 A lovely day, with a lovely picnic washed down with Champagne I now know why a headscarf is essential wear for open topped cars, even though I had my hair tied in a pony tail, it still took me ages to get the knots out!

I wore my new vintage ring, remind you of anything?  Note I am lacking bangles, next time...with the marcel wave and headscarf. 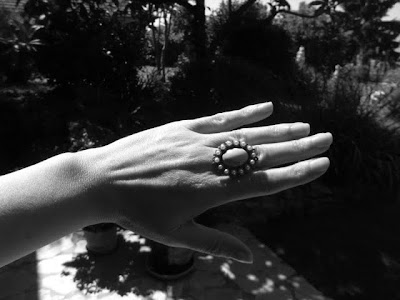