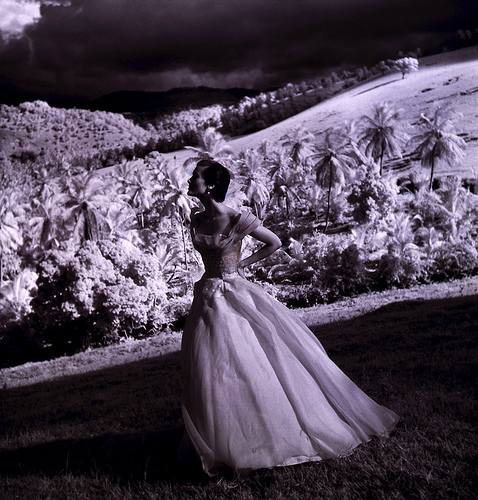 Antoinette Frissell was born in 1907 in New York City, New York, but took photos under the name Toni Frissell, even after her marriage to Manhattan socialite McNeil Bacon. She worked with many famous photographers of the day, as an apprentice to Cecil Beaton, and with advice from Edward Steichen. Her initial job, as a fashion photographer for Vogue in 1931, was due to Condé Montrose Nast personally. She later took photographs for Harper's Bazaar. Her fashion photos, even of evening gowns and such, were often notable for their outdoor settings, emphasizing active women. 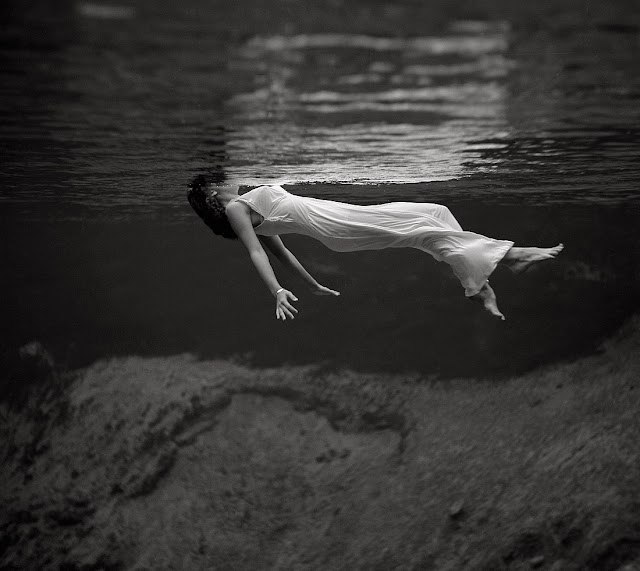 Weeki Wachee Spring Florida, Published in Harpers Bazaar 1947, considered her finest work, has been used for album covers and is much emulated. 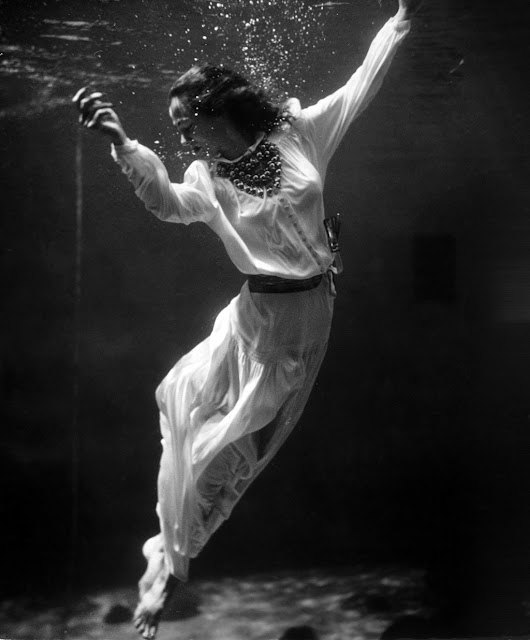 Frissell was becoming increasingly dissatisfied with fashion photography and wanted to be taken seriously as a photographic reporter, In 1941, Frissell volunteered her photographic services to the American Red Cross. Later she worked for the Eighth Army Air Force and became the official photographer of the Women's Army Corps. On their behalf, she took thousands of images of nurses, front-line soldiers, WACs, African-American airmen, and orphaned children. She travelled to the European front twice, much to her families consternation. Her moving photographs of military women and African American fighter pilots in the elite 332d Fighter Group (the "Tuskegee Airmen") were used to encourage public support for women and African Americans in the military. 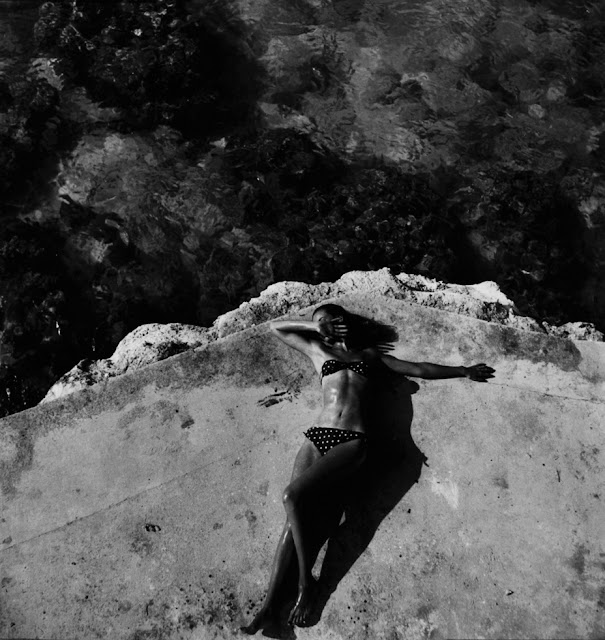 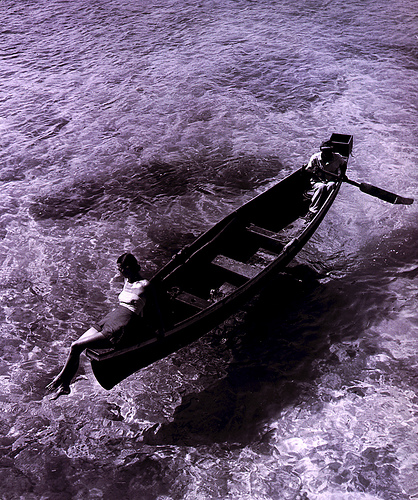 In the 1950s, she took informal portraits of the famous and powerful in the United States and Europe, including Winston Churchill, Eleanor Roosevelt, and John F. and Jacqueline Kennedy, and worked for Sports Illustrated and Life magazines. Continuing her interest in active women and sports, she was the first woman on the staff of Sports Illustrated in 1953, and continued to be one of very few female sport photographers for several decades.
In later work she concentrated on photographing women from all walks of life, often as a commentary on the human condition.
Toni Frissell died of Alzheimer's disease on April 17, 1988, in a Long Island nursing home. 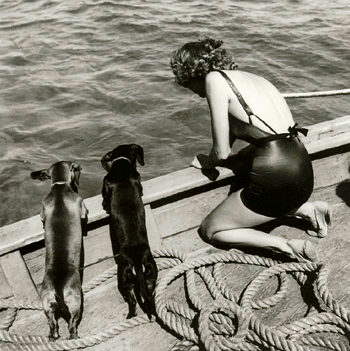 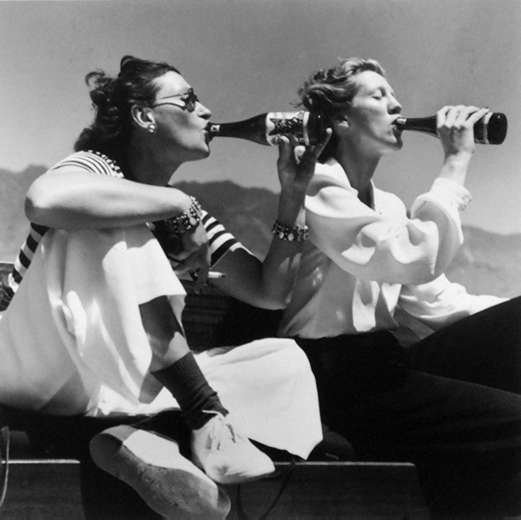 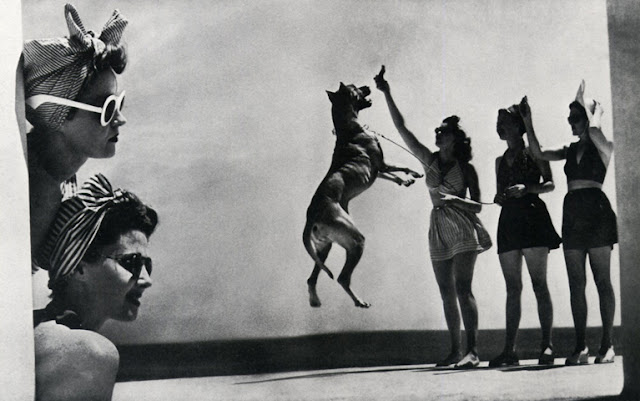 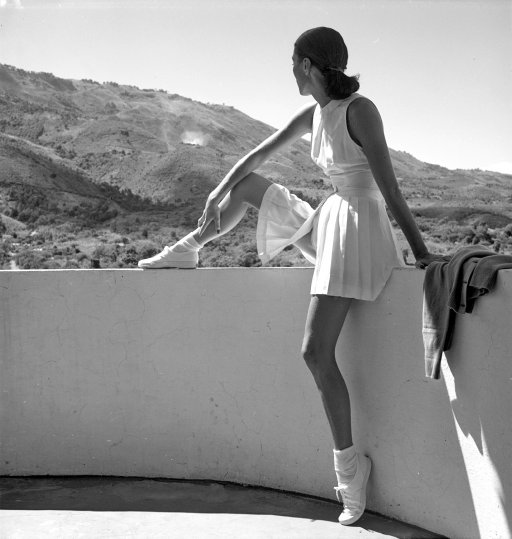 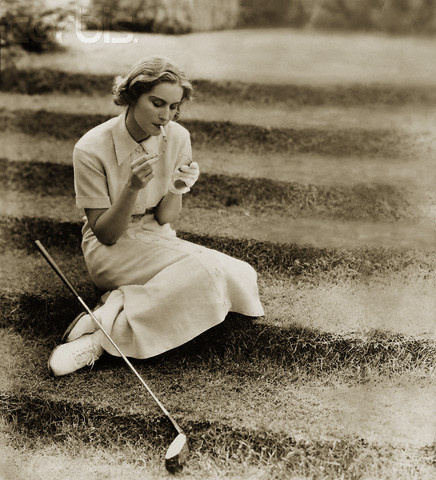 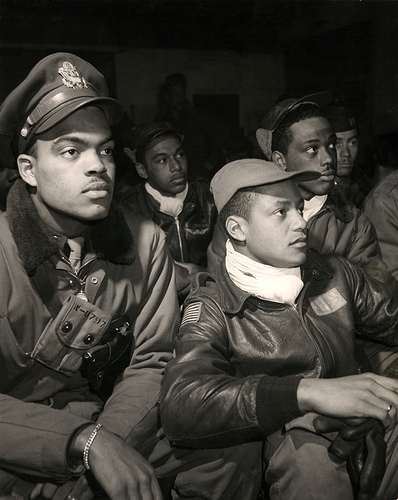 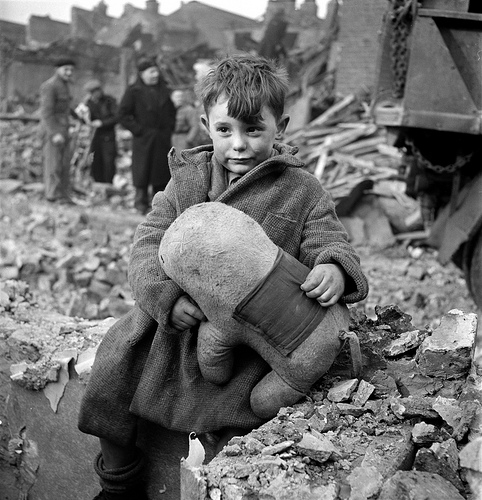 An abandoned boy, holding a soft toy amongst the devastation of the London Blitz 1945 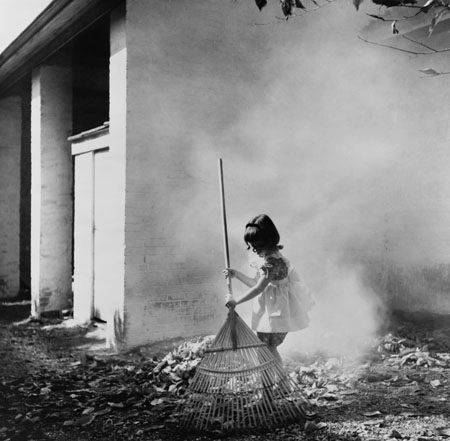 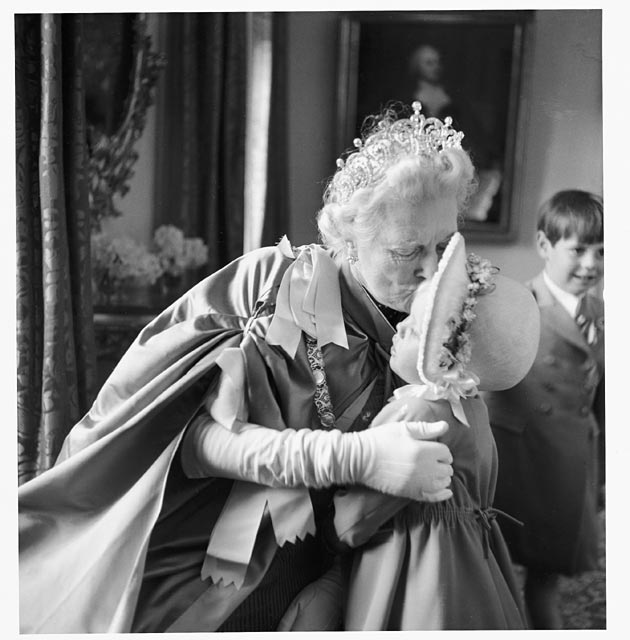 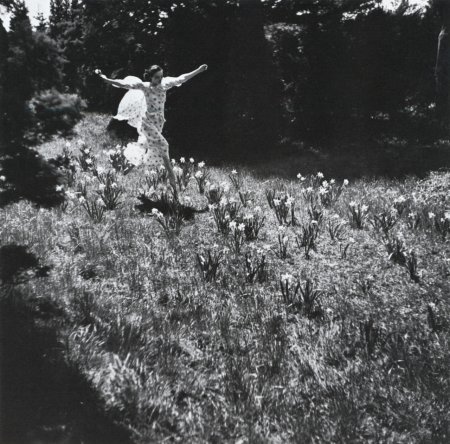 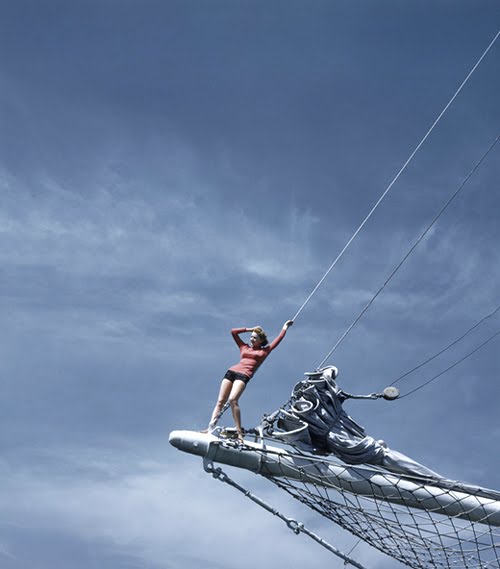 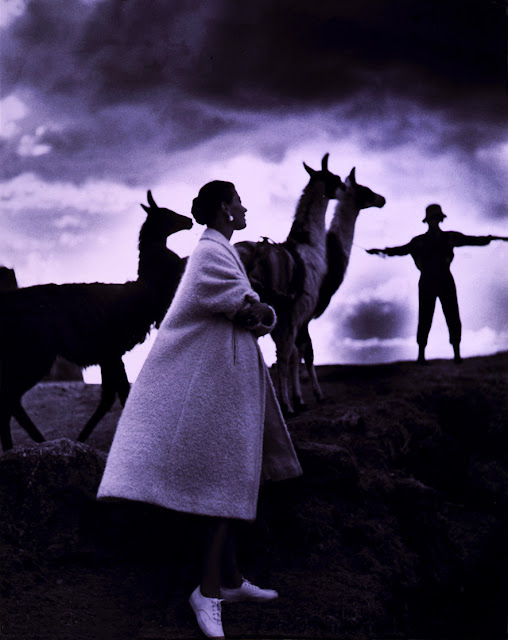 With llamas in Peru 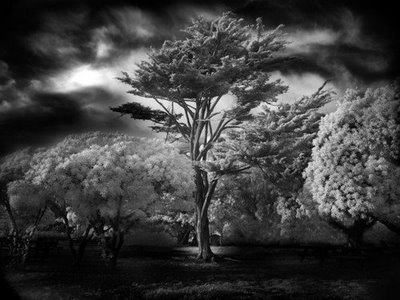 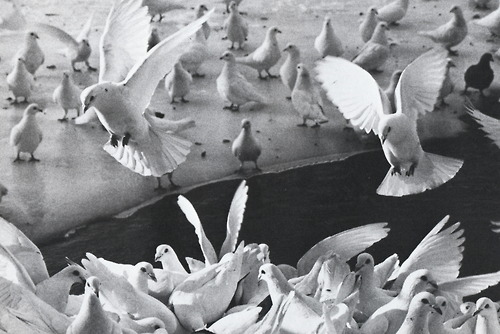 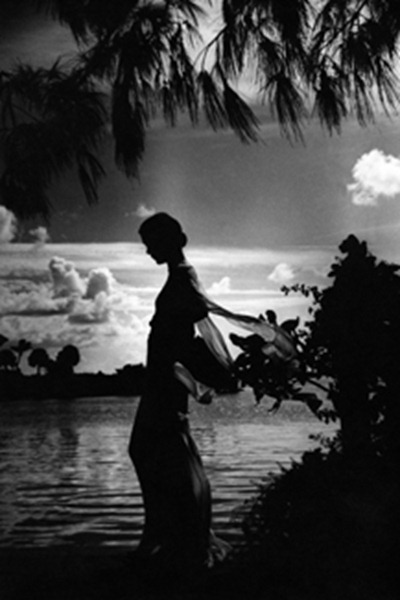 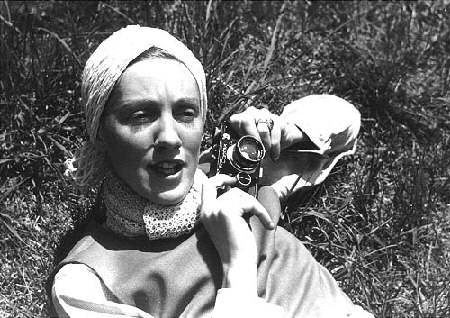 
“Here are faces that I have found memorable. If they are not all as happy as kings, it is because in this imperfect world and these hazardous times, the camera's eye, like the eye of a child, often sees true.”
Posted by Dash at 2:56 PM