Oh The Indignity Of It All! 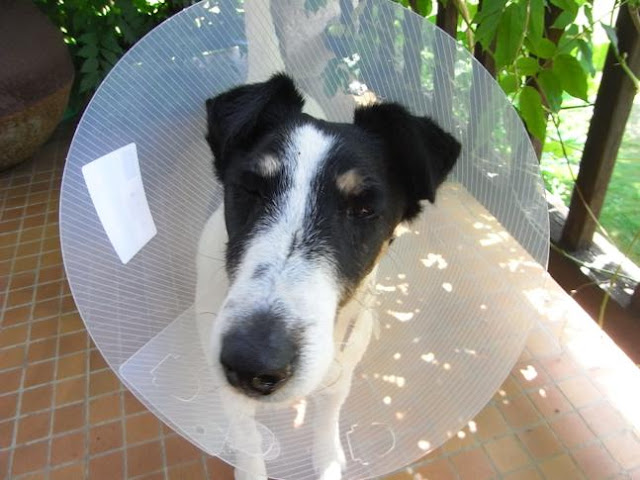 Crusoe appears to be healing well, he is now able to put weight on his injured leg, however he is proving to be a difficult patient, he is an intrepid, adventurous terrier without an off button,  trying to get him to take it easy and be tranquil is quite a feat.  We have a lot of stairs in the house and he is most indignant at having to be carried up and down, we have taken this measure as now he can put all four paws down, he is attempting to run up and down them, he is not supposed to run for eight weeks.  The promise of rehabilitative  swimming in the local lake after his stitches come out next week, cannot come soon enough for Crusoe, last night he gnawed his dressing off and was attempting to remove his own stitches.  Several hilarious and unsuccessful attempts at tying a t shirt over his rear end, to cover what was left of his bandage, only resulted in Crusoe looking like the dog version of Sabu. 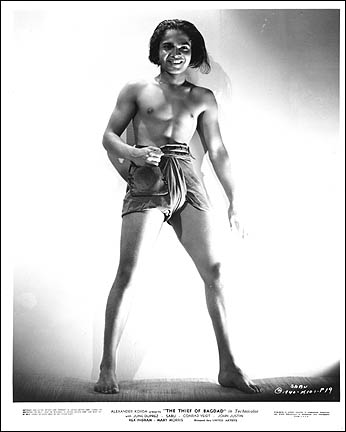 Sabu in 'The Thief of Baghdad'
We carted him off to the vets once again first thing this morning, for a new dressing and a plastic collar which prevents him from nibbling his bandages off and trying to remove his stitches, Crusoe is not impressed. 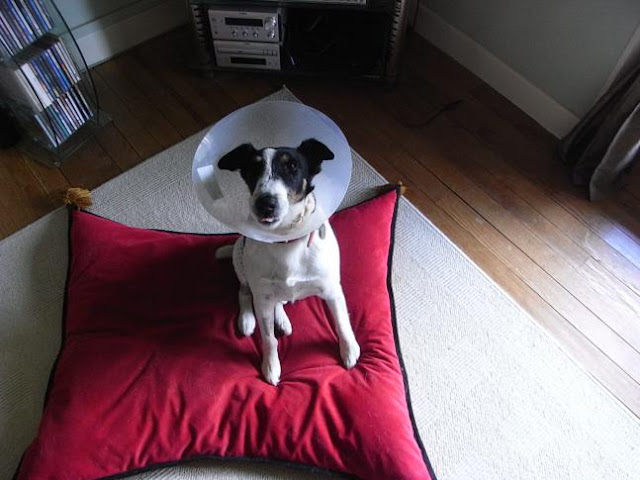 Get this contraption off me! 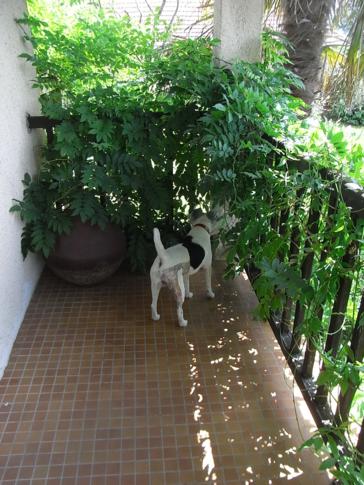 I can't get through the railings, no hope of escape now! 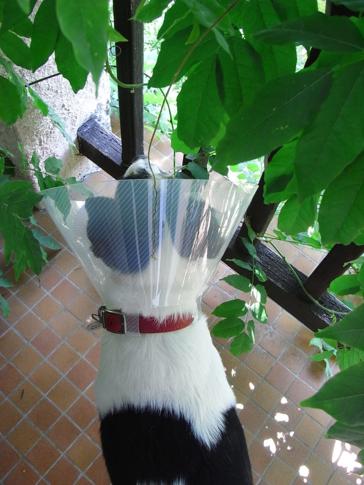 Blogger seems to be playing up again I have been keeping up with all your blogs but for some strange reason, I am unable to comment.
Posted by Dash at 3:34 PM