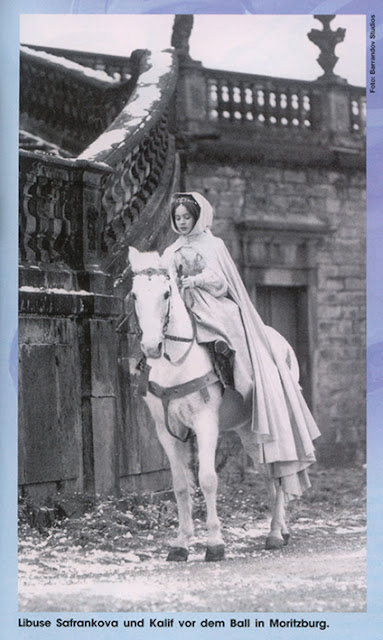 Whilst looking for images for my previous post, I came across this image, it is from my favourite childhood program 'Three Gifts for Cinderella',The story was based on a fairy tale written by Božena Němcová (a Bohemian variation of the classic Cinderella fairytale) the film was edited into episodes and shown on UK TV in the late seventies. it also appeared on the PBS chanel in the US.  The film was a Czech production apparently they show it on German, Swiss, Slovakian, Czech and Norwegian TV every Christmas. I wonder if anyone else out there around my age remembers it?  It is enchanting, The English version is not currently available on DVD but I was delighted to find the original BBC version  here.
I have now watched the entire series on u tube, I think it was lifted off a very old VHS recording, the quality was a bit dodgy but never the less I found it just as magical now as I did then.  Even if your not familiar with it, check it out, I think you will find it enchanting too. 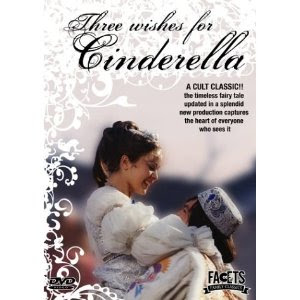 The English version on DVD, sadly not currently available.
Posted by Dash at 11:51 AM