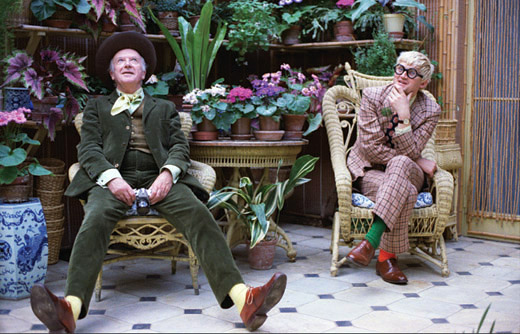 In 1969, David Hockney was asked by Vogue to do a drawing of Cecil Beaton, David went to stay with Cecil for three days at Reddish... 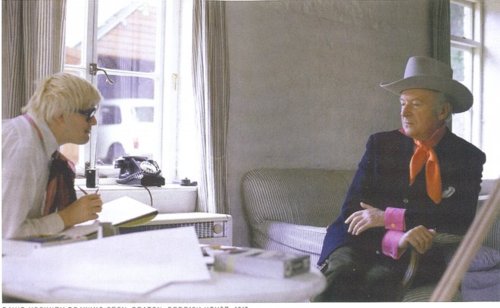 "To begin with I was utterly appalled, having remained in some romantic but extremely uncomfortable pose for a great deal too long, when I saw an outline in Indian ink of a bloated, squat, beefy businessman.  He laughed.  No it wasn't very good, and he embarked upon another which turned out to be just as bad" 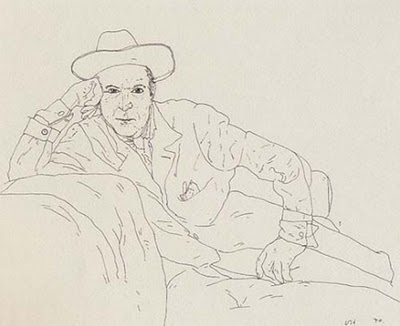 "About eight horrors were perpetrated while the days advanced until, finally, something rather good emerged". 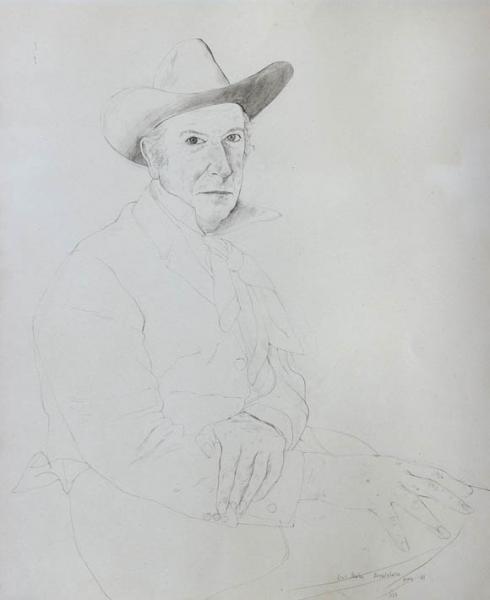 "It is always fascinating to see someone as remote as oneself working in the same field. I was intrigued to see him admiring things that I like from a completely different point of view.  We could not be farther apart as human beings and yet I find myself completely at ease with him and stimulated by his enthusiasm. For he has this golden quality of being able to enjoy life". 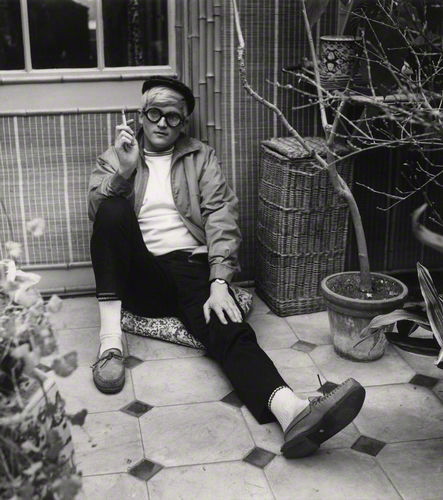 "He is never blasé, never takes anything for granted. Life is a delightful wonderland for him; much of the time he is wreathed in smiles.  He laughs aloud at television and radio. He is the best possible audience, though by no means simple. He is sophisticated in that he has complete purity. There is nothing pretentious about him; he never says anything he does not mean. In the world of art intrigue he is a complete natural". 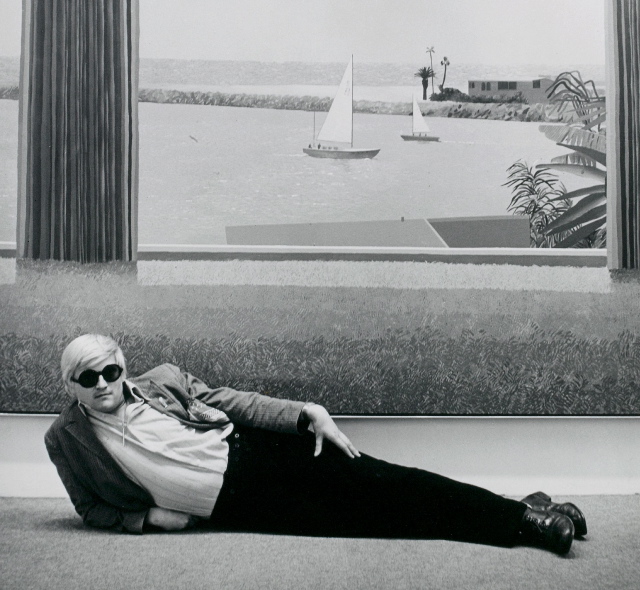 "After dinner at Dickie Buckle's, David talked of the coming of the Golden Age. He had read many philosophers and has thought a great deal. In the next forty years all will change. The computer will do away with work; everyone will be an artist". 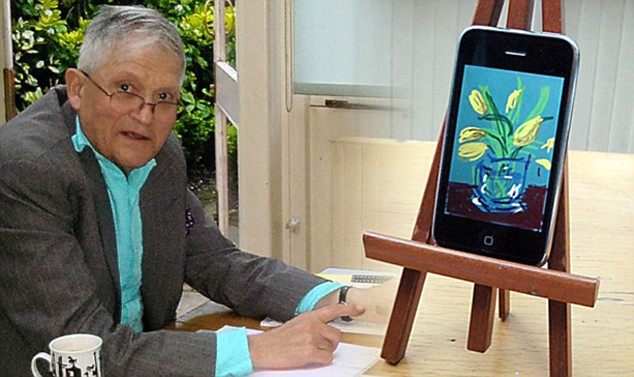 A recent photograph of David Hockney