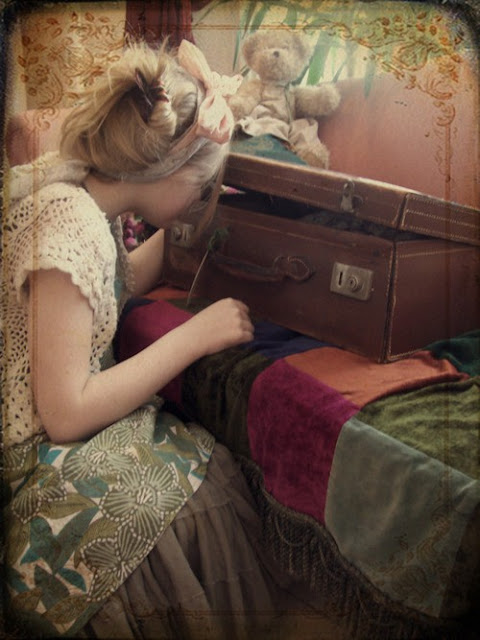 I have a bit of a mental block today, three posts in draft that are not quite right, so I leave you with this rather interesting article from The Sunday Times...

For anyone who has ever mused, "if only walls could talk", help could soon be at hand.
Scientists have created a way of linking objects to a specific web page allowing, for example, the buyer of a second hand car to watch a video left by the previous owner or access the recollections of people earlier inside a room.

The concept works by use of quick response (QR) codes, which resemble large bar codes.  They are attached to objects and when scanned with a smartphone they link with a website specific to that item.  Users can post their comments or memories of items to create a social network of things rather than people.

It was developed by Andrew Hudson-Smith, director of the Centre for Advanced Spacial Analysis at University College London, and a team of artists and scientists working on a project to build a social networking site of objects called Tales of Things.

"It is a mixture of facebook, the Antiques Roadshow and e Bay", he said.  "For the first time the item can give you information about it's own history and background and new owners can continue to add to that story from the cradle to the grave.

I have heirlooms and I just wish I could point my mobile phone at them and see my grandmother talking about why she bought it or how she came to own it."
The technology has already been tested by the charity Oxfam and will be introduced at 20 shops next year.

Customers will be able to scan QR codes attached to second-hand clothes and hear audio tracks or watch videos recorded by previous owners.

The singer Annie Lennox was one of those involved in the trial. In a video attached to a silk dress she donated, Lennox explained how she wore it to Nelson Mandela's 90th birthday party in London's Hyde Park.

Sarah Farquhar, Oxfam's head of retail, said the additional personal messages had boosted sales by 41%.
"In our disposable society it makes people stop and think about the value of their things and the memories attached to them," she said.

The Tales of Things project is funded by a £1.4m research grant from the Digital Economy Research Councils UK.

As well as being used by Oxfam, the technology has been installed at 4,000 bus stops in Norway, where passengers can retrieve information from other commuters about delays.
"If you look at how the technology works, you could use it in a range of different ways," Hudson-Smith said.

"We could get to a stage where you can prove the geographic location of every object that has a tag on. That means an insurance firm would be able to prove what you owned and whether it was still in your home, which would cut down on fake claims. You could also trace stolen items.

On the Tales of Things website, people have posted memories about treasured possessions, ranging from a Star Wars Yoda mug to the pier at Aberystwyth, north Wales.

Hudson-Smith said: "It's Like leaving a living museum. We're aiming to trace every object from the cradle to the grave to add life to objects so that our stories can live on in our things for future generations to find."