It's been a very dreary day, overcast and raining here in the Pyrenees, I have been loafing round the house, I turned the TV on earlier and watched some crazy sixties spy film, shot in some beautiful locations the women in the film were wonderfully glamourous all sporting silk capri pants with matching embroidered tunics, floaty kaftan style dresses and amazing hairstyles, up with added pieces, coils and tendrils elegantly hanging down, I have been inspired... 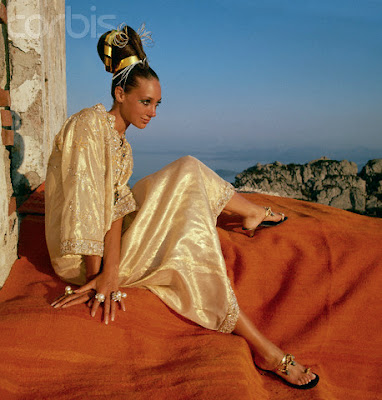 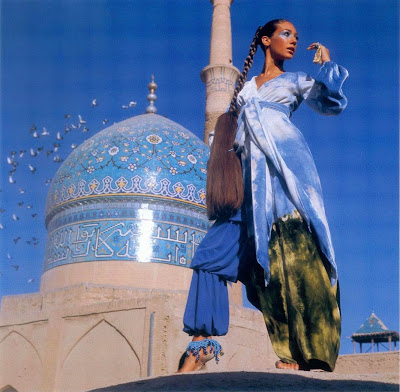 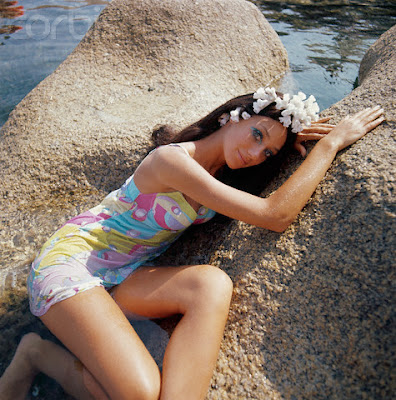 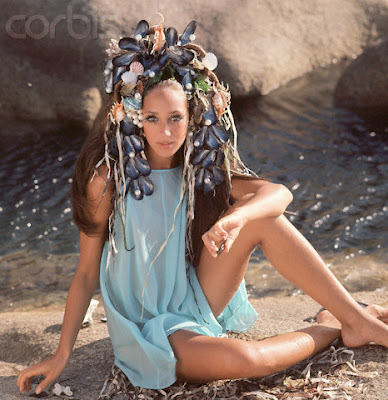 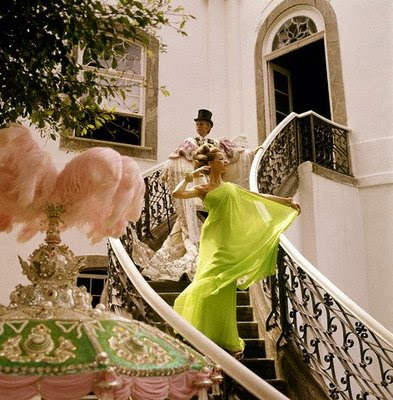 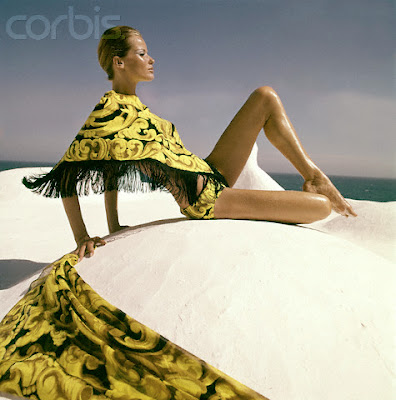 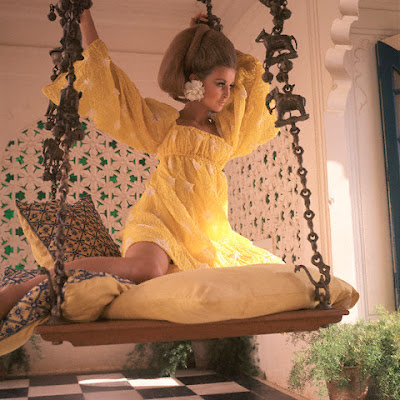 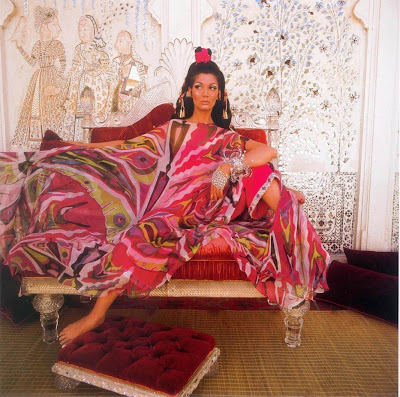 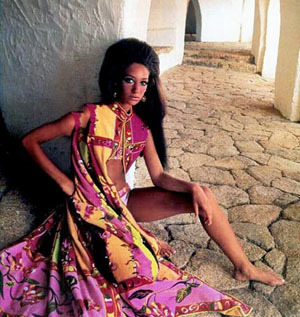 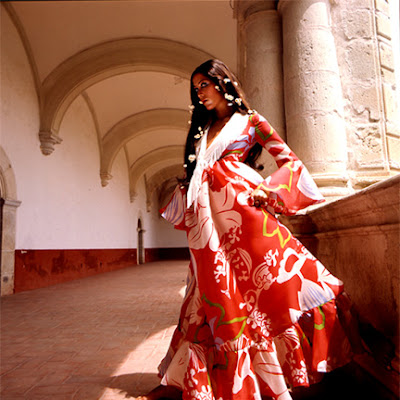 Well that's brightened my day up, we are off to The Cote d'Azur for ten days at the beginning of September, If I could achieve this level of glamour I would be one happy bunny, especially if I could get hold of that gold kaftan in the first picture!
Posted by Dash at 6:33 PM