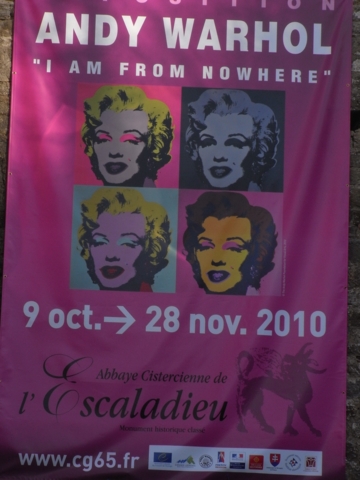 Here in our rural corner of deepest France we are used to seeing scenes like this.... 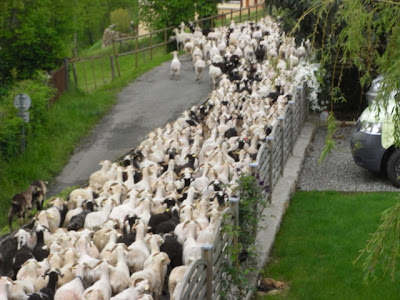 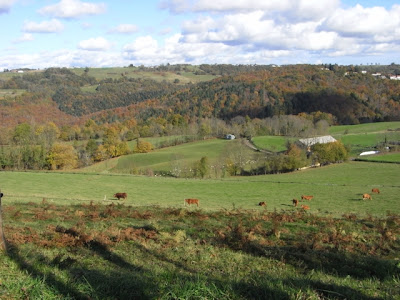 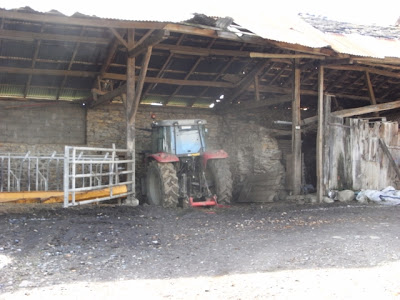 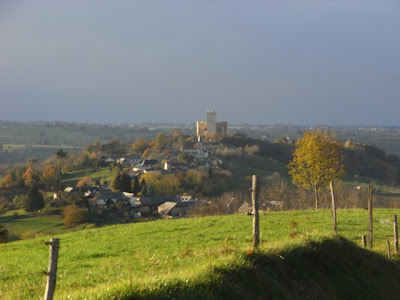 So you can imagine my surprise when I saw this.... 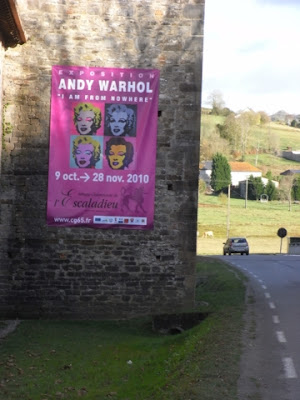 Yes a banner for an Andy Warhol exhibition, pinned to the outer walls of a twelfth century Cistercian Abbey at the bottom of a hill, near our home, I was so shocked I nearly veered off the road.  I was shocked because although the area we live in is full of natural beauty, pop culture is a bit thin on the ground. The Abbey does hold exhibitions but they are normally about local culture.  We could not pass up an opportunity like this!  We had to go. 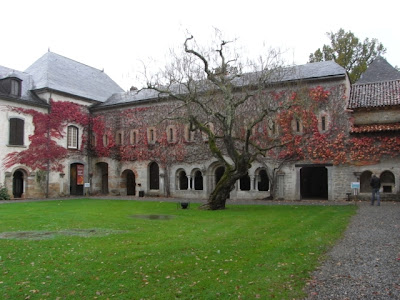 The Abbey
So one very dreary, damp day last week we went, to be honest I was a doubting Thomas I really did not think it was going to be very good, also I am not a huge Andy Warhol fan, my knowledge of him was limited and sure I recognise his work, his image, Andy Warhol is as iconic as the subjects he painted, I know about 'The Factory', Edie Sedgwick and Candy Darling but that is about it, I was also labouring under the misapprehension that Warhol was of Polish origin.  I was wrong on all counts. 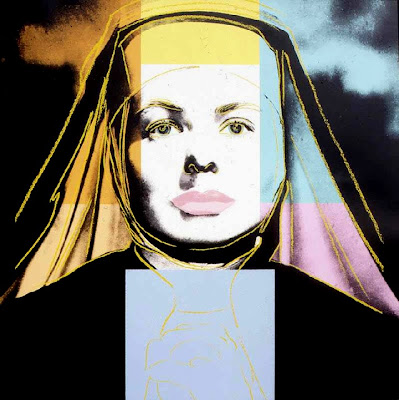 'Ingrid Bergman The Nun', very apt for an Abbey setting!
The exhibition was fabulous, loads of exhibits and big, bold, bright colours do cheer you up on a dreary day, there were lot's of fabulous photographs taken by Candy Darling, of Andy, Edie and the factory crew, which are not on the internet, I know I have looked! 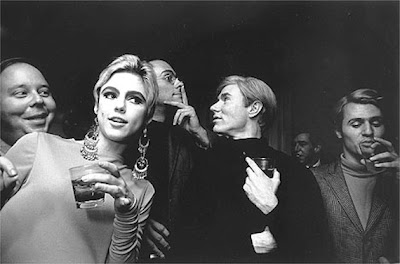 Photo's that are available on the internet! 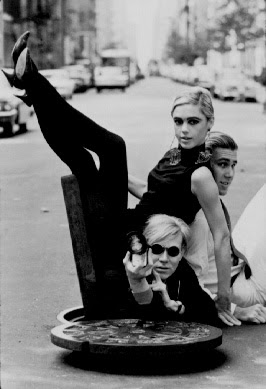 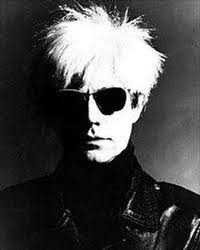 There was also a lot of personal information and artefacts of Andy's including a snakeskin jacket and a pair  of very groovy shades, he must have been tiny, the jacket looked like a child's, I think there is something very poignant about peoples personal belongings.  Also I found out that he was not of Polish origin but American  with Slovakian parents in fact the exhibition was partly organised by 'The Museum of Modern Art Medzilaborce' a town in North Eastern Slovakia, his parents came from a village called Mikova fifteen kilometres from Medzilaborce. His father emigrated to the US in 1914 his Mother joined him in 1921, Andy their fourth child was born in 1928. 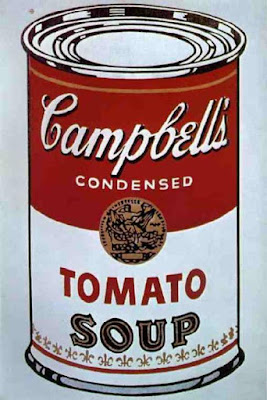 The highlight for me was the children's paintings, all the local schoolchildren from surrounding villages had painted soup cans, skulls and landscapes all in Warhol style but with their own personal twist, they were fabulous, I wish I could have photographed them.  There were lots of children at the exhibition on school field trips all listening intently to their teachers who were explaining about the screen printing process and photography.
The exhibition was packed and there was a TV camera crew filming, whilst we were there, I hope The Abbey puts on further exhibitions like this, It's a perfect venue, so much simplicity and space.  It's so good to see art and culture coming to rural, out of the way places, making great art accessible to all without the expense of travelling to a major city, not to mention the fact that it does wonders for the local community and economy.  I am sure Mr Warhol would have approved.
Posted by Dash at 7:17 PM