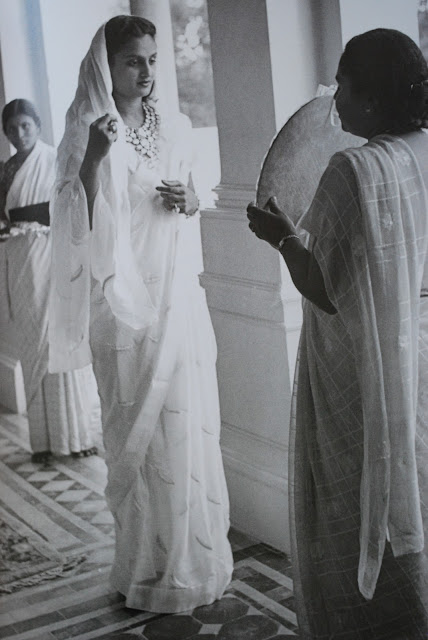 I have always been fascinated by India, especially the lives of the Maharajahs and their Maharanis, their palaces, clothes and jewellery are something to behold.  Sadly in the case of Maharani Sita Devi of Baroda fabulous wealth and excess did not ultimately bring happiness...


Maharani Sita Devi Sahib of Baroda, born May 12, 1917 in Madras, India, died February 15, 1989 in Paris, France. She was known as the "Indian Wallis Simpson". She was a colourful lady who led an extravagant life for over 40 years and was a member of the international jet set. The Maharani was the daughter of the Zamindar of Pithapuram - Sri Raja Rao Venkata Kumara Mahipati Surya Rau Bahadur Garu and his wife Sri Rani Chinnamamba Devi of Mirzapuram.

Sita Devi first married Apparao Bahadur, Zamindar of Vayyur. By him she had three children.
She met her second husband, Maharajah Pratap Singh Gaekwar of Baroda, at the Madras horse races in 1943. The Maharajah was, at that time, considered the eighth richest man in world. It was also reported he was the second richest Indian prince. The Maharajah was mesmerized by Sita Devi. The lovers consulted with his legal team. The lawyers recommended that the Hindu Sita Devi convert to Mohammedanism. That would dissolve her marriage to the Zamindar under Indian law. She embraced Islam only to then adopt Hinduism once again. The Maharajah took her as his second wife. Which caused consternation with the British authorities, as this violated the anti-bigamy laws that the previous Maharajah of Baroda enacted. The British Viceroy in New Delhi summoned the Gaekwar to contest this marriage. The Maharajah argued that the law applied to the subjects of Baroda, and that he being their monarch was exempt from this law. This was confirmed by the Viceroy's legal advice. The British Government accepted the marriage, but didn't refer to the Maharani as "her highness" as was the protocol for the princely states. 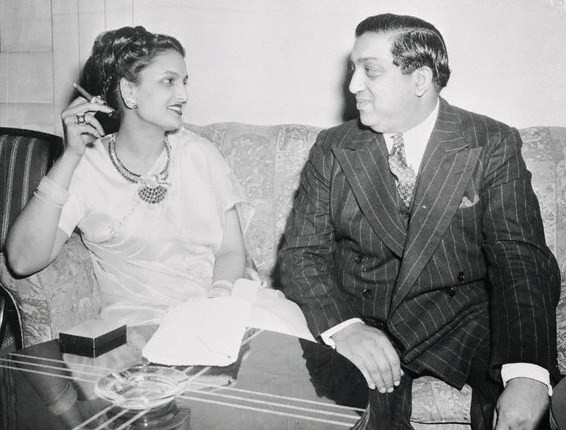 In 1946, The Maharajah took his second wife on a tour of Europe. The reason for their visit was to find a suitable residence away from India, because they feared the integration of the princely states into the Union threaten their extravagant way of life. They found that the independent principality of Monaco was a suitable place to set up their second home. They bought a mansion in Monte Carlo and the Maharani took up permanent residence. The Maharajah visited frequently bringing some of the great treasures of Baroda to Monaco. The Maharani became the custodian of these treasures.

The couple also made two trips to the United States after the war. They went on a spending spree, buying all types of luxurious items. It was widely reported that they spent ten million dollars on one of those trips. This was much to the Indian Government's chagrin. Indian Officials did an audit of the principality's finances. They concluded that the Maharajah had taken several large interest free loans from the Baroda treasury. They demanded that it be returned. The prince complied by making several payments from his eight million dollar per year income. 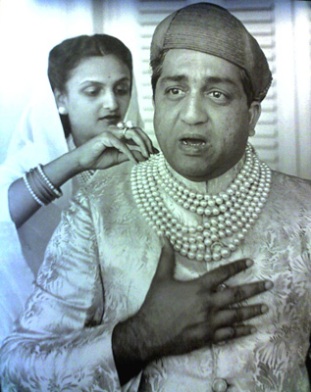 The princely couple transferred a copious amount from the Baroda treasury, including some of its most famous jewellery, including four celebrated pearl carpets, a famed seven-strand necklace of priceless pearls (called the Baroda pearls), a three-strand diamond necklace with the famous Pink Brazilian Star of the South 128.80-carat (25.76 g) diamond and the English Dresden 78.53-carat (15.71 g) diamond. The princely couple also had custody of the Empress Eugenie and the yellow Moon of Baroda diamonds. When Baroda was integrated into the newly independent India, the Government was appalled to find that the Baroda Treasury had been looted. The Indian Officials were eventually able to recover some of the items, but some of the jewels had been transferred to the Maharani's ownership. She had some of the jewels reset to make it more difficult for India to reclaim them. 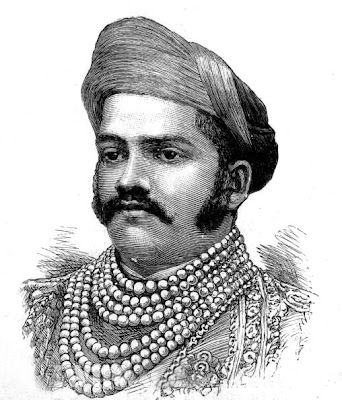 The Baroda Pearls, before and after 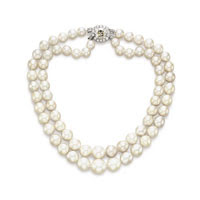 Years after the Maharani's death some of the precious items were discovered. In 1994 the pearl carpet were found in a Geneva vault. It was sold to an Arab prince for $31 million. The Star of the South and other gems were located with jewellers in Amsterdam.

Eventually, India, due to the discrepancies and possible fraud, deposed the Maharajah in 1951 and his eldest son by his first wife succeeded him. The couple technically, were not heads of state any longer, but they insisted on still being referred by their former titles.

She gave the Maharajah one son, born in 1945, his name was Sayaji Rao Gaekwar. Nicknamed "Princie", he was the apple of her eye.
She attended some of the most exclusive events on the globe and partied with other international luminaries, i.e. Aristotle Onassis.


In 1953 the Maharani sold a pair of bejewelled anklets to Harry Winston. They had several large emeralds and diamonds. The jeweller set these stones into a spectacular necklace that was purchased by the Duchess of Windsor. The Duchess wore this to a 1957 New York ball that was also attended by Sita Devi. When other guests were admiring the necklace. The Maharani was heard to exclaim that those jewels looked just as nice on her feet. The embarrassed Duchess returned the necklace to Harry Winston.

She was a car enthusiast and was reportedly very fond of her Mercedes W126 which was custom made for her by Mercedes Benz. At the 1969 Ascot Gold Cup she invited guests to touch the 30-carat (6.0 g) sapphire on her right hand for good luck. Esquire Magazine included Sita Devi and Princie on their list of "fun couples" for 1969.

Sita Devi divorced the Gaekwar in 1956. He promptly moved to London.

Even after the dissolution of her second marriage, she clung to her exalted title. Her Roll-Royce still sported the armorial insignia of Baroda. She would reminisce about the days, when she was referred to as royalty and received 101 gun salutes, this was, at best an embellishment of the truth; the British never gave these privileges to any of the Indian princes. Prince Rainier awarded citizenship of Monaco to both Sita Devi and Princie. She maintained a Paris apartment as well. She continued to live in grand style, drinking Baron de Rothschild’s Bordeaux, rearranging her Louis XVI furniture and attending exclusive parties. When travelling she brought along a large wardrobe, reported to be a thousand saris, hundreds of Paris of shoes and of course her jewellery. But her finances were eventually exhausted enough for her to secretly auction some of her beloved jewels in 1974.


The Maharani suffered a tragic event in 1985, Princie's life ended one night when after his 40th birthday, he committed suicide. His death was attributed to alcoholism, drug addiction and his voracious sexual appetite. Sita Devi herself died four years later of natural causes. Some speculated it was due to a broken heart. 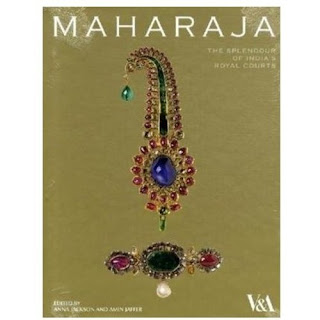 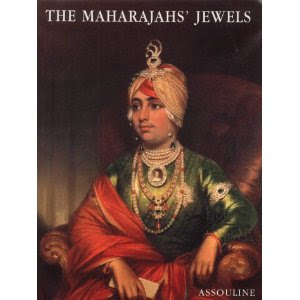 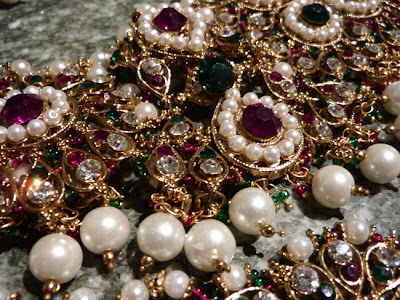