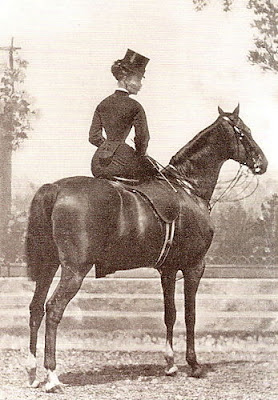 Catherine "Skittles" Walters (13 June 1839 – 4 August 1920) was a fashion trendsetter and, along with Alice Keppel, was one of the last of the great courtesans of Victorian London.
Walters was rumoured to have had leaders of political parties and a member of the British royal family amongst her benefactors. She was born the third of five children at 1 Henderson Street, Toxteth, Liverpool and moved to London before her twentieth birthday. Her father was Edward Walters, a customs official, who died in 1864. Her mother was Mary Ann Fowler. 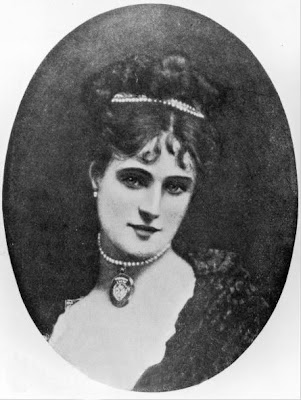 Her nickname is thought to have originated from her working at a bowling alley in Chesterfield Street near Park Lane. (Skittles is the game which evolved into bowling.)
Her classical beauty was matched by her skill as a horsewoman, for which she was almost equally renowned. In the 1860s the fascinating sight of Catherine riding on Rotten Row in Hyde Park drew huge crowds of sightseers. Aristocratic ladies copied the cut of her perfectly fitting "Princess" riding habit, and she was well known as a trendsetter. She was depicted in Sir Edwin Landseer's 1861 painting The Shrew Tamed, as a young woman in supine relaxation with a horse.
A letter written to the The Times in July 1861 described in detail the fever of anticipation caused by Catherine's waiting admirers: 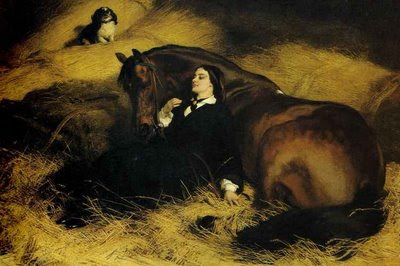 "Expectation is raised to its highest pitch: a handsome woman drives rapidly by in a carriage drawn by thoroughbred ponies. The driver is attired in the pork pie hat and the Poole paletot introduced by 'Catherine', but alas!, she caused no effect at all, for she is not 'Catherine'; she is only the Duchess of A–, the Marchioness of B–, the Countess of C–, or some other of 'Catherine’'s many imitators." At last their patience was satisfied and Catherine herself appeared; she threaded her way through the throng, "commented upon by the hundreds who admire her and the hundreds who envy her", speaking to a chosen few along the way. This done, "she turns, and drives back again towards Apsley House, and then away into the unknown world, nobody knows whither". 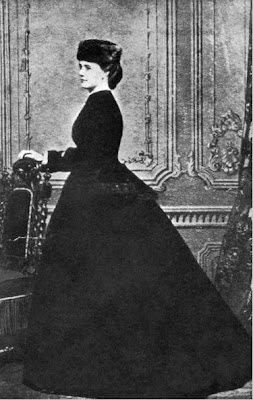 She counted among her lovers Spencer Cavendish, the Marquess of Hartington (later the eighth Duke of Devonshire), whom she pursued to New York during the American Civil War; Napoléon III; and Prince of Wales (later King Edward VII}. She was also the first love of the poet Wilfrid Scawen Blunt, who remained infatuated with her for the rest of his life.
During her life as a courtesan, her discretion and loyalty to her benefactors became the focal point of her career. There were many rumours about her being involved with certain wealthy men of the time, but she never confirmed nor denied these. This gave her great weight in the courtesan lifestyle, and made her a sought after commodity. This also gave long life to her career, and helped her to retire a wealthy woman of society around 1890. 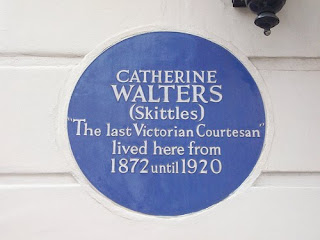 She died of cerebral haemorrhage at her home at 15 South Street, Mayfair, and was buried in the graveyard of the Franciscan Monastery at Crawley.
Text for Catherine Walters from Wikipedia.
Posted by Dash at 11:39 AM