'Duffy' The Man Who Shot The Sixties 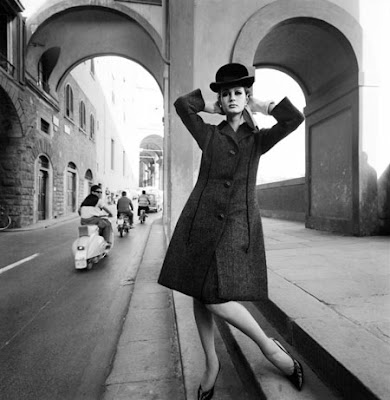 Fashion Shoot For Vogue Florence
Last night I almost hyperventilated when I realised I was about to watch a fascinating documentary chronicling the life of photographer Brian Duffy, which was on BBC4, probably the best channel in the world.
Brian Duffy was a photographer in the sixties he was one of the terrible trio which included David Bailey and Donovan, these three photographers were instrumental in helping to create and document 'Swinging London'. 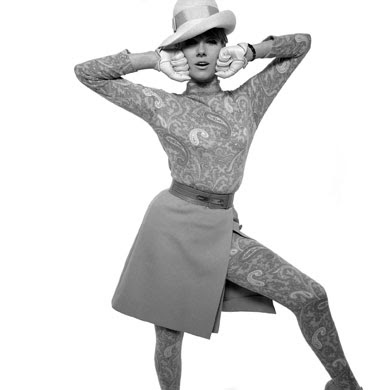 Studio shot for Vogue
Duffy as he was affectionately known was born to Irish parents in London in 1933. During World War II he was evacuated with his two brothers and sister to Kings Langley where he was taken in by the actors Roger Livesey and Ursula Jeans. After only three weeks his mother, unhappy about her four children being split up from the family insisted they all return to London. They were evacuated once more to Wales but returned to London having experienced living on a primitive farm after a month.
Once back in London Duffy, "had the most wonderful war", breaking into abandoned houses and terrorizing the city streets. Only when it was over did he start school, attending a social engineering institution in South Kensington that was run by the LCC. After getting into a series of bouts of trouble he was moved to another school in Kentish Town where emphasis was placed on treating troubled youths through cultural inclusion which involved trips to the Opera, ballets and galleries. It was here that Duffy unveiled his own creative tendencies and upon finishing school he applied to St. Martins School of Art. In 1950 he began art school at first wishing to be a painter but soon changed to dress design. He finished in 1953 and immediately began working as an assistant designer at Susan Small Dresses after which he worked for Victor Steibel, preferred designer to Princess Margaret. Following this, on a visit to Paris, he was offered a job at Balenciaga but was unable to take it up. 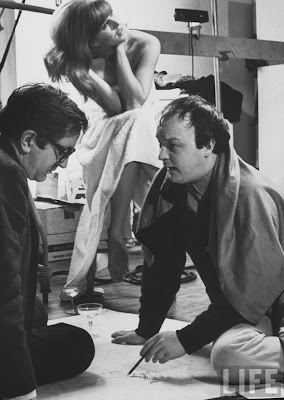 Duffy and an assistant work on a shot, whilst the model waits in the background
In 1955 he began freelancing as a fashion artist for Harper's Bazaar. It was here that he first came into contact with photography. Inspired by the photographic contact sheets he saw passing through the art director's desk he decided to find a job as a photographers assistant. Unsuccessfully, he applied for a job with John French, after which he managed to get a job at Carlton studios and then at Cosmopolitan Artists. He left there to take a job as assistant the photographer Adrian Flowers. Whilst working for Flowers he received his first photographic commission from Ernestine Carter, the then fashion editor of The Sunday Times 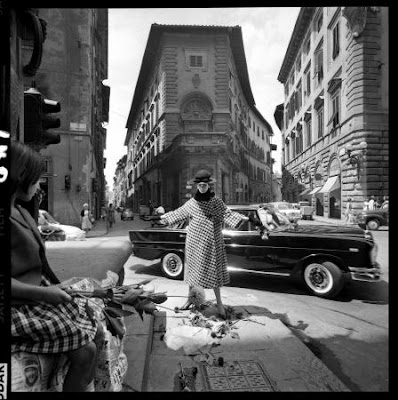 In 1957 he was hired by British Vogue where he remained working until 1963. During this period he worked closely with top models of the period, including Joy Weston, Jennifer Hocking, Pauline Stone and Jean Shrimpton. 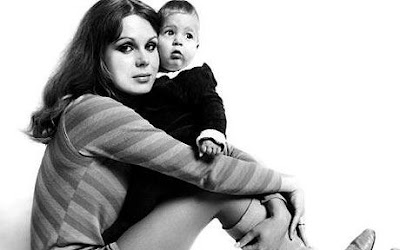 He help launch Joanna Lumleys career, This is a Beautiful Shot Of Joanna with her son Jamie
Along with fellow photographers David Bailey and Terence Donovan, he captured, and in many ways helped to create, the "Swinging London" of the 1960s: a culture of high fashion and celebrity chic. Together the "Terrible Three", as they came to be known by the British press, redefined not only the aesthetic of fashion photography but also the place of the photographer within the industry. Socialising with actors, musicians and royalty, together they represented a new breed of photographer and found themselves elevated to celebrity status. 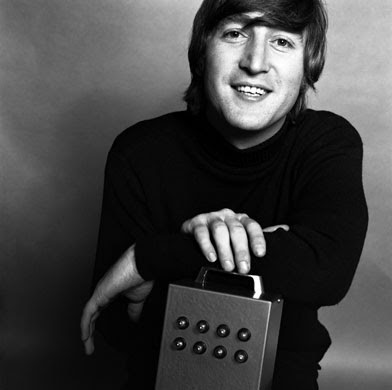 John Lennon
Apart from Vogue, Duffy also worked for publications including Glamour, Esquire, Town Magazine, Queen Magazine as well as The Observer, The Times and The Daily Telegraph, to name but a few. He also worked on contract for French Elle for two periods the first between 1963 and 1968, and the second between 1971 and 1979. 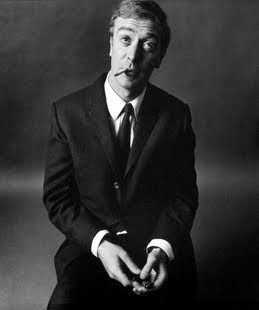 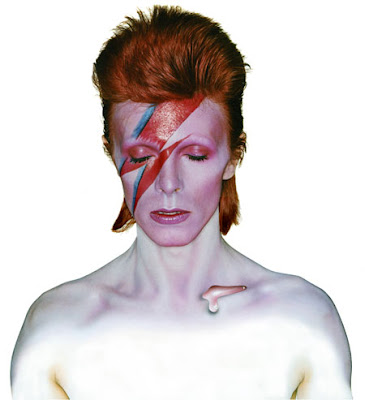 David Bowies Album Aladdin Sane, which Rocketed Bowie To Superstardom
He was also successful within the advertising world shooting award winning campaigns for both Benson & Hedges and Smirnoff in the 1970s.
In 1965 Duffy was asked to create a Pirelli calendar which he shot on location in Monaco. He was commissioned to shoot a second calendar in 1973 which he created in collaboration with British pop artist Allen Jones and air brushing specialist Phillip Castle. 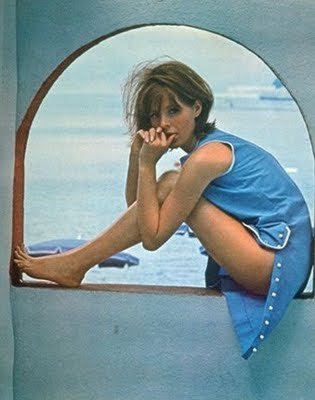 Pirelli Calendar 1965
In 1967 he set up a film production company with Len Deighton called Deighton Duffy and went on to produce the film adaptations of Deighton's book Only When I Larf (1968), and of the musical Oh! What a Lovely War, which was released in 1969. 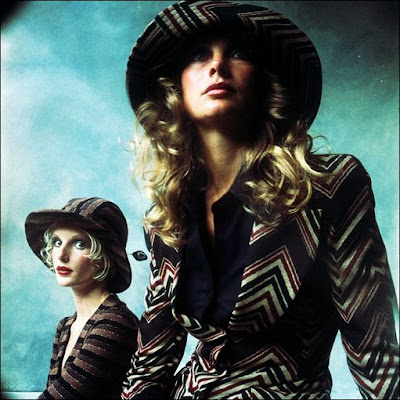 Jean Shrimpton and Barbara Miller in Biba for The Telegraph
In 1979 Duffy decided to call it a day and gave up photography, burning many of his negatives,though some were saved from the fire when the council objected to the smoke. Although a large amount of his images have been lost, the ones that remain stand collectively as a comprehensive visual history of twenty-five years of British culture and fashion.


In 2009, at the behest of his son, Chris, Duffy started working again and took a series of photographs of people he had photographed in the 60's and '70's.
To see more of Duffy's fabulous photographs go here.
Posted by Dash at 11:04 AM