On Saturday night, I decided I wanted to go to Ainsa, in Aragon, Spain for Easter Sunday and my Birthday.  It's about an hour and a half drive from us over the Pyrenees. I had heard that the Bielsa tunnel, was going to be closed for repairs from the 6th April to the 21st June.  The Bielsa tunnel is one of the main routes to Spain, through the Pyrenees and although there are other major routes to Spain, with the Bielsa tunnel closed it would take a big detour and an awfully long time to get to Ainsa. So I decided to go before they closed the tunnel.

There were several other reasons for my decision to go to Ainsa.  Firstly the drive there is spectacular, Ainsa sits in the heart of the protected Odesa National Park. Ainsa itself is beautiful, it is a medieval city, once the capital of the medieval kingdom of Sobrarbe, it was the birthplace of the Kingdom of Aragon and it was home to the palace of the first Kings of Aragon, which is still there in the Plaza Mayor.

Apart from that, it also has some excellent restaurants, one in particular 'Callizo' is very good.  On Saturday we called and tried to book a table for two, we were pushing our luck calling at the eleventh hour and for Easter Sunday, surprise, surprise, they were full, but we decided to go anyway.  We could always see if they had a table on the day and if not well, we could find somewhere else.

After being woken up with a lovely cup of tea and  receiving a beautiful new handbag as a birthday present from lovely MG, we leisurely got ready, no rush, Spanish restaurants serve lunch until 4pm.  The weather was not good in France, overcast and drizzly but the weather forecast for Ainsa was good, once ready, MG, Crusoe and myself set off.....


Climbing into the mountains on the French side 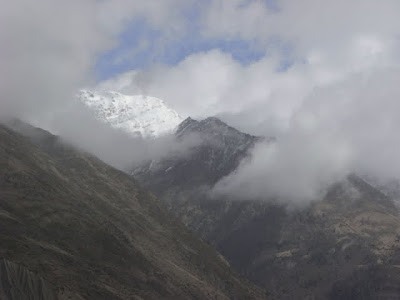 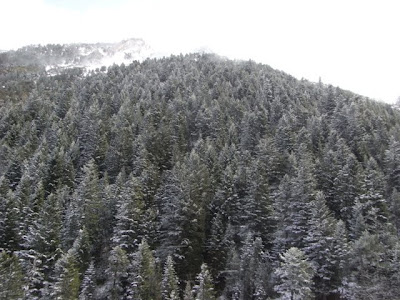 It was difficult trying to take photos, whilst MG negotiated hairpin bends 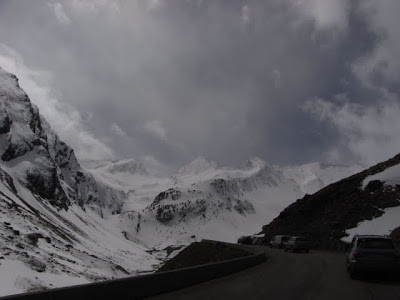 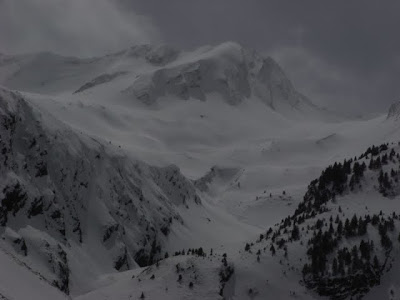 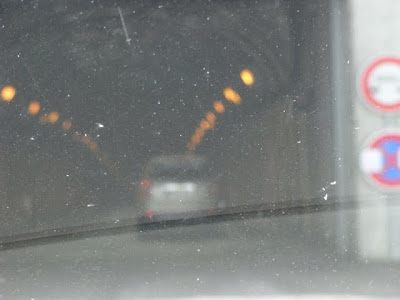 Out of the tunnel and into Spain, the weather is much better on the south face 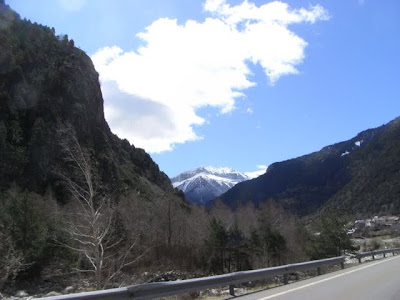 The scenery is changing 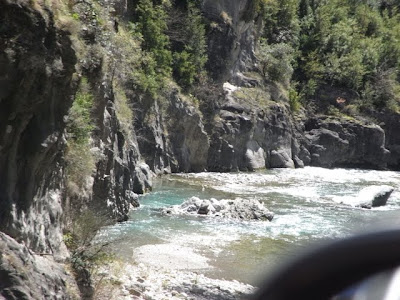 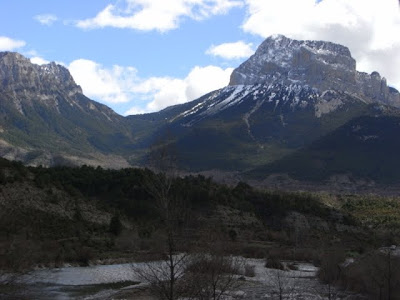 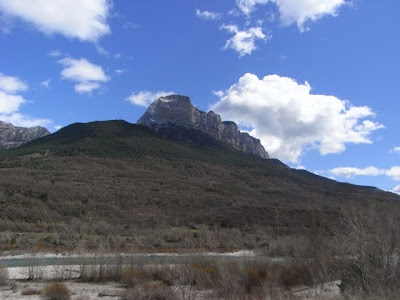 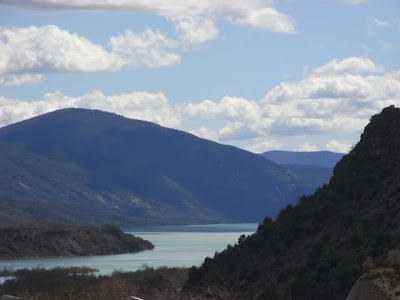 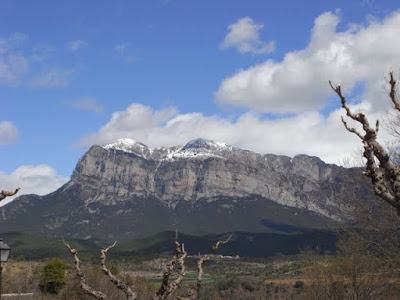 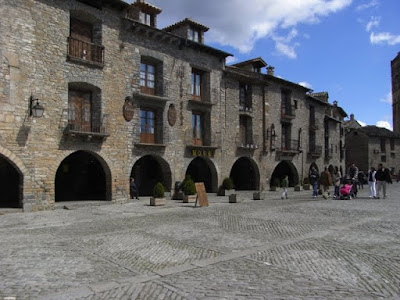 No chance at the restaurant, it is now in the Michelin guide 2010, with a Bib gourmande and was full of discerning French diners 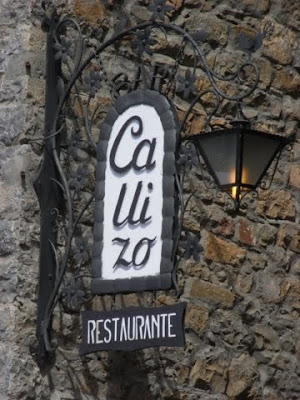 We wandered around a bit 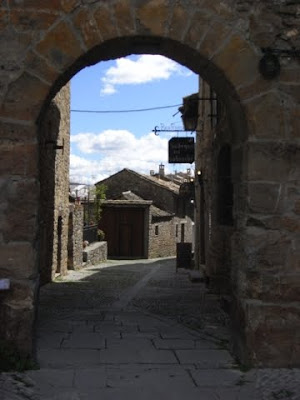 And joined the Spanish for a tapas lunch, washed down with local red wine 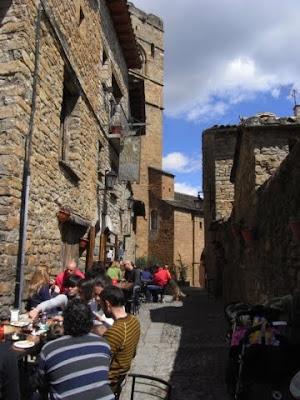 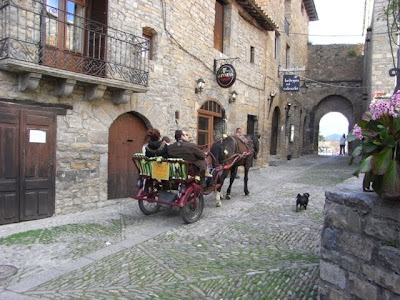 After lunch we ambled round 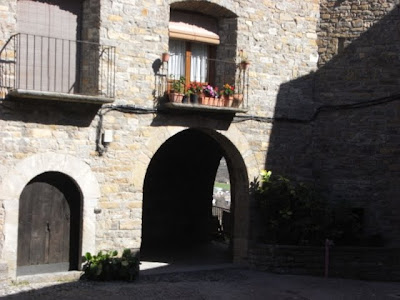 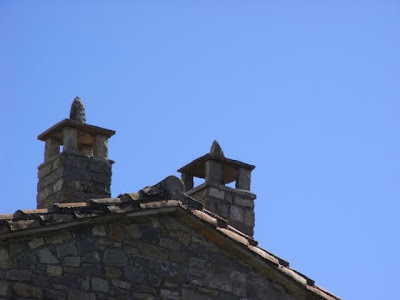 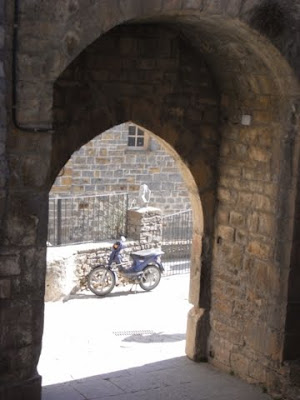 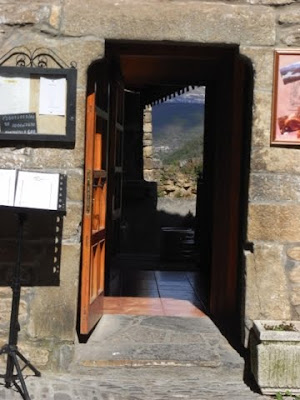 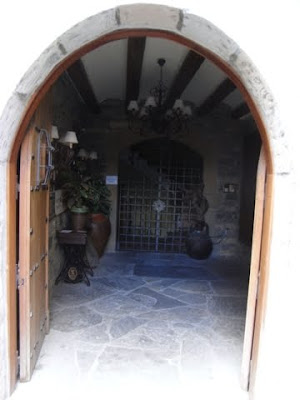 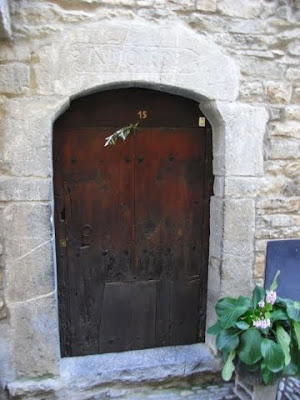 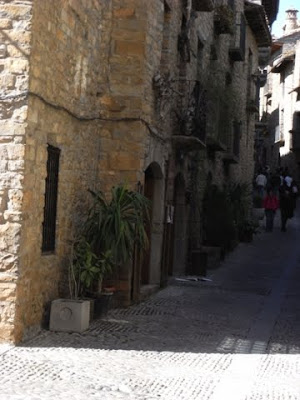 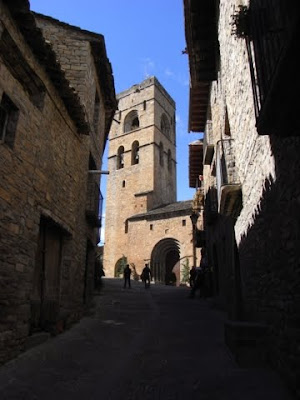 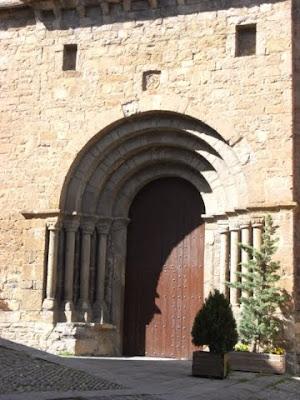 All in all, a lovely day 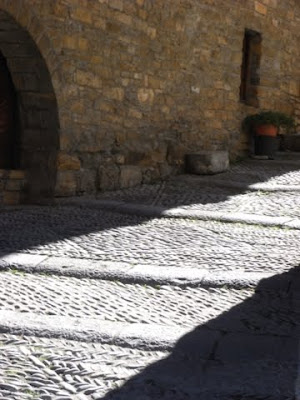