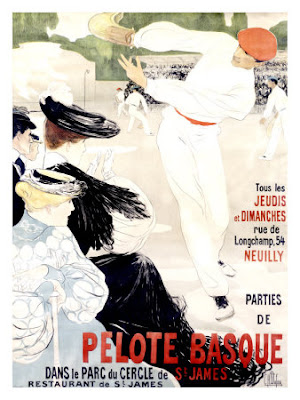 I thought I would continue with the theme of the Basque Coast and take you to St-Jean-De-Luz, on the French Atlantic coast,  it's only half an hour over the border from San Sebastian.

Whilst we were living in Paris we decided to take a month out and take a road trip round France. One of the places we visited was St-Jean-De-Luz. Unbeknown to us, we had arrived during the feast of St Jean, the towns patron saint.  The town centre was festooned with bunting, everybody was wearing red and black, (the towns colours), there was partying in the streets, a band playing in the town square, makeshift bars, serving very reasonably priced Champagne. Of course  we had no option but to join in, one of the locals kindly gave us each a red bandanna, so we would not feel left out. We have been regular visitors ever since.

St-Jean-De-Luz, was originally a sea port which specialized in whaling, a practice which started here as early as the 11th century, but now it's a traditional, lively fishing port. The whaling has long gone, now the local catch is sardines, anchovies and tuna. 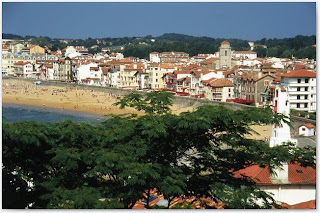 Photo via St-Jean-de-Luz tourist office
The ambiance in St Jean is lovely, it is a typical Basque town with classic Basque architecture, which is mainly white buildings with predominately red painted wooden framework.  You will find a labyrinth of streets, crammed full of interesting shops, one of the specialties of the Basque country is top quality linen, so look no further for tableware, towels and cushion covers, in distinctive Basque design, usually involving colourful stripes.  There are loads of linen shops in and around St Jean, so if you are a linen lover you will be in heaven. 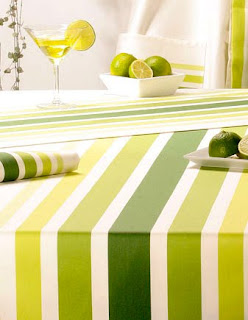 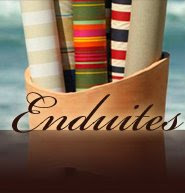 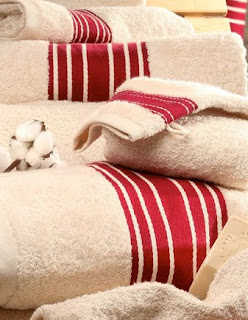 images via Helena St-Jean-de-Luz
My choice of summer footwear, espadrilles. They originated in the Pyrenees and you will find plenty of places selling them. This is one of my favourite shops, selling the espadrille in every different style you can think of, smart silk evening ones, high heeled wedge ones and classics in every colour under the rainbow. 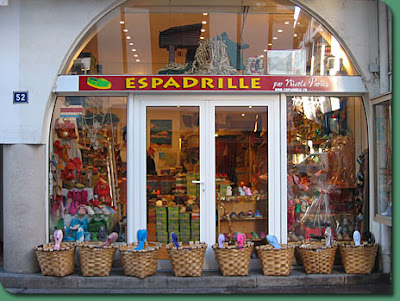 Image via Nicole Paries
Following the tradition for the Basque love of gastronomy there are loads of fine eating establishments, like San Sebastian, you will find lots of informal seafood restaurants in the port area. There will be lots of opportunities for sitting at one of the many pavement cafés to people watch and soak up the atmosphere. Oh, and there are also fabulous beaches. 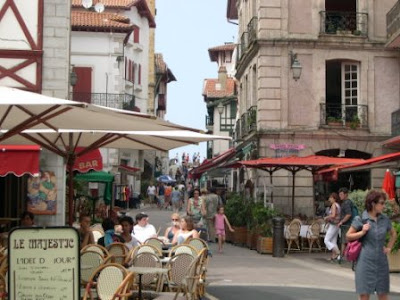 Some Basque facts: The Pays Basque straddles Spain and France, roughly between Bayonne in South West France and Bilbao in North West Spain.
Although the Basques speak French and Spanish the common language of the Basques is Euskara.
The origin of the Basque people and their language has always been a mystery.
Basque houses are usually east facing.
Pelota is the Basque national sport, it is played against a high coloured orange wall known as a fronton.

There have been many famous Basques, including the fashion designers, Paco Rabanne and Cristobal Balenciaga.
Posted by Dash at 6:14 PM