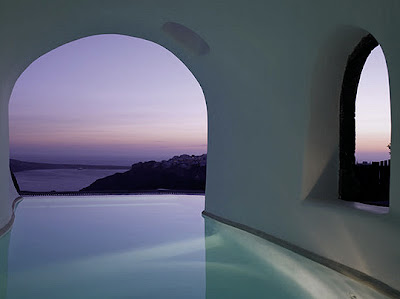 Sometime back in the late eighties, me and a girlfriend went inter-railing round Europe for a year, we ended up spending some months in Greece touring round and Island hopping.  One of the Islands we hopped onto was Santorini, we hooked up with some friends and stayed with them for a couple of weeks, in their temporary home which was a cave!

Yesterday evening I watched 'The Secret Mediterranean with Trevor Macdonald' one of the locations featured was Santorini, I had forgotten just how beautiful this Island is, not only that but the caves were also mentioned, they look a little different since I was there and have now been beautifully developed and turned into the super chic 'Perivolas Suites'.  These former humble fisherman cave home dwellings are now the most valuable real estate in Greece.

I think these suites are stunning, I love Greek inspired design and have always had a weakness for the simplicity of curving lime washed walls. 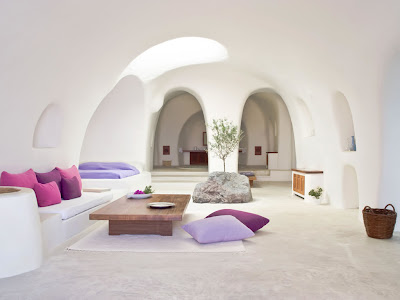 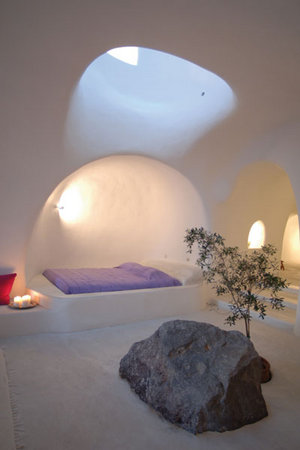 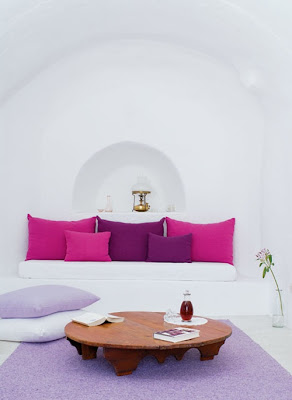 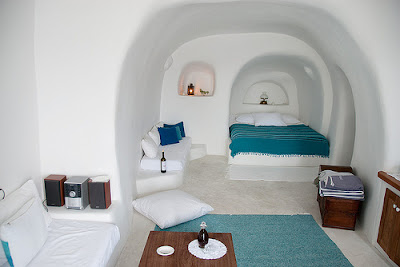 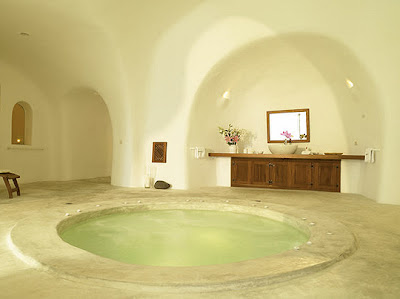 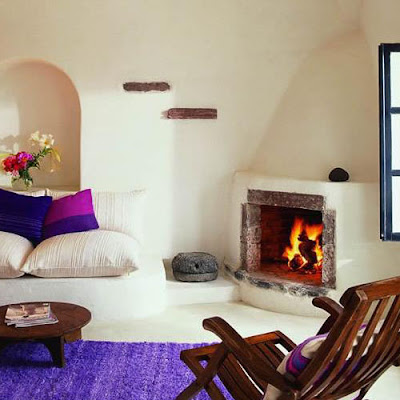 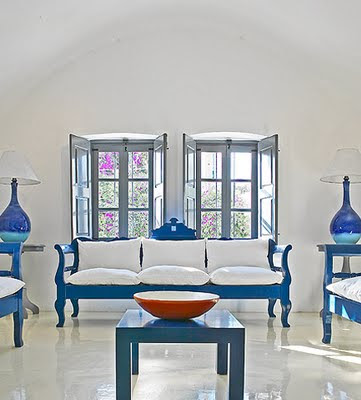 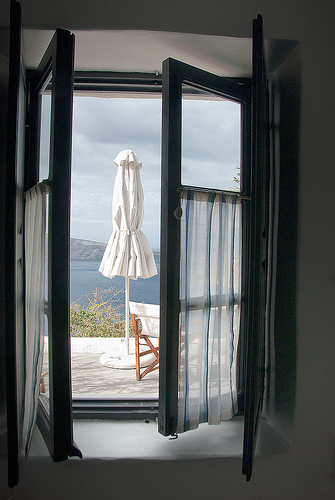 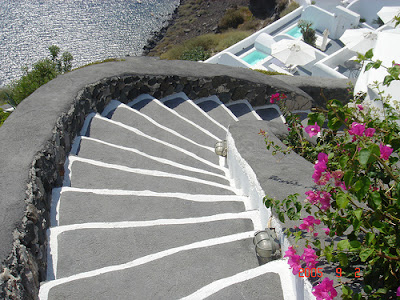 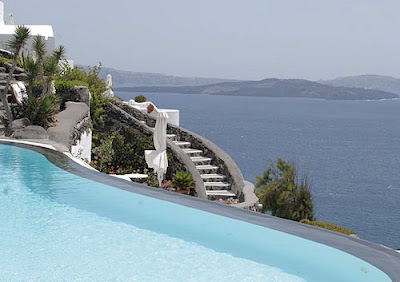 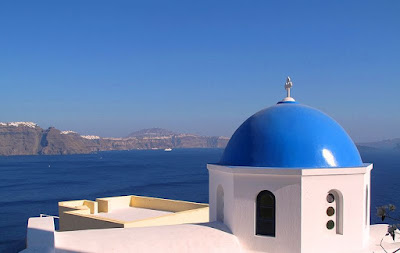 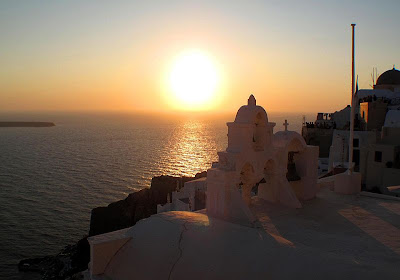 I am now dreaming of returning to Santorini, and staying in those cave dwellings once again.