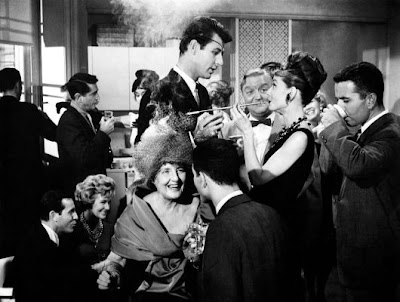 This was the picture I used for the invitations
I mentioned in an earlier post that we are having a party, some of you wanted to know more about it, so I thought I would give you an update.  We have been wanting to have a party for ages, we have been living here for nearly eight years and have been invited to lot's of fabulous parties thrown by others, time to give something back.  Ideally we wanted to have a party in the Summer, I have always fancied throwing a Midsummer night party,  I envision a balmy evening, Chinese lanterns and twinkling night lights in jars bobbing elegantly from tree branches, guests swishing about in their Summer finery, glasses of rose in hand, plenty of Mediterranean style food, and good conversation and laughter until the next mornings sunrise. 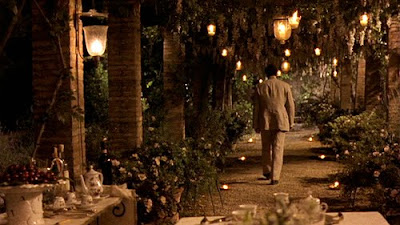 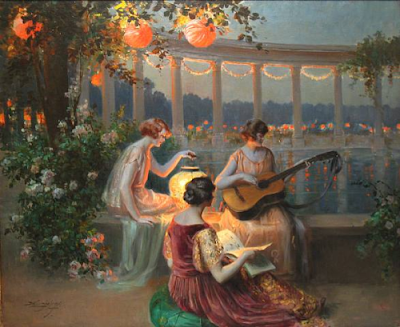 Due to various reasons this has not happened, then we were going to have a New Years Eve party but some friends threw one, so we went there instead, Burns night which is tonight was mooted, but it's on a Tuesday, no good for the workers! Plus, where would we find Haggis?  Not really a French thing and you can't have Burns night without Haggis.  So finally we decided to have a 'Beat the January Blues Party' which is being held on Friday night, from 8pm, the invitations have been sent and mostly, responded to, around thirty people will be descending on us.
The preparations are underway...
Cleaning, I have been cleaning the house like a mad thing, MG rather unfairly stated that the house only get's a good clean when we are expecting guests! Bloody cheek!  So untrue.  Nothing has been left untouched, I even cleaned out the fridges and the freezers.
Lighting, MG is the self appointed technical director, he loves lighting. Strange things have been going on outside, the entrance courtyard will be adorned with coloured spotlights, illuminating trees and shrubs.  On the inside, there will be muted lighting and hundreds of candles and night lights, carefully positioned to avoid fire!
Music, we have thousands of tracks on the i phone, which can be hooked up to the amp and speakers, however I wanted to do a party play list, some good friends recently told us about Spotify and now I am totally hooked, you download it to your computer, and basically it will find any musical track you can think of and you can create as many play lists as you want, free of charge!  We had some holes in our music collection that I wanted to fill and the other evening I created a six hour party playlist, I had so much fun listening to tracks I have not heard for ages, I ended up having my own private party, dancing about, drinking wine. The other great thing about it is guests can choose anything they want, they just tap the track or artist onto the laptop and, hey presto!  The technical director has ordered a special lead so it can be played via our amp.  I have chosen some very upbeat stuff, starting demurely at first, Ella Fitzgerald, Louis Armstrong, all the way through just about every decade and genre finally ending up with early house music from the nineties, this will be for the party hardcore who will still be dancing in the early hours.  We have four spare bedrooms at our disposal, one has already been claimed!  They will all be made up, as I have a feeling they may be needed, this party could go on all weekend!
Food & drink, MG (who is an excellent chef) wants to make two different curry's and a tagine so this will be the main course, for the starters I will do a couple of huge salads; tomato, shallot and feta cheese and also wild rice with artichoke hearts and palmiers,  there will be loads of bread an extensive cheeseboard and for pudding; bread and butter pudding and a huge fruit salad, I think someone mentioned they were bringing home made eclaires, yum!  There will be of course lots of wine of all colours, plenty of spirits and mixers and beer we are thinking of offering everyone vin chaud as they walk through the door but this has not been decided on yet.
Abstemious, yes me, I am the hostess after all, normally at parties I get a bit overexcited and guzzle red wine like home-made lemonade on a hot day, the results have been known to be rather embarrassing not to mention the dreadful hangover the next day, so I will be just drinking a very large tonic water with a splash of vodka for flavour and won't be hitting the wine at least until, all the food stuff is out of the way!
Outfit, I saw this mini dress in white and black over at lovely Penny Dreadful Vintage it was on sale from Asos reduced from £75.00 to £30.00, I ordered it in black, it's arrived, I have tried it on, it's perfect, I will be wearing it adorned with many strings of pearls. 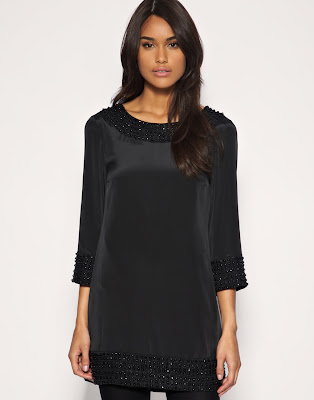 I think that's about it, I better get back to it, I have lists of things to do.  I wish it could be logistically possible for you guys to come, consider yourselves invited! 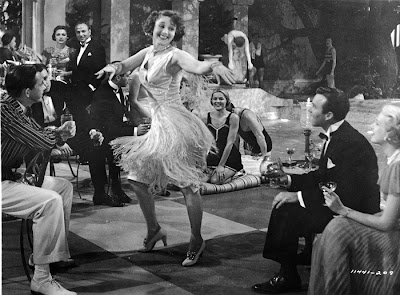