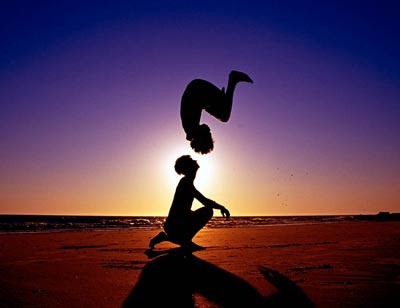 Cojie & Owen at sunset Broome Australia
Penny Tweedie, who has died aged 70, was a pioneering photographer who covered war and conflicts around the world, from Bangladesh and Vietnam to Uganda and East Timor. She was also an award-winning chronicler of Australian Aboriginal culture, and her book Spirit of Arnhem Land (1998) is recognised as a classic. 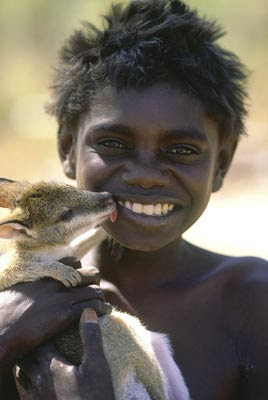 Penny Tweedie's book
"Spirit of Arnhem Land"
John with pet joey near Galirri
Her Kentish farming family – she was born in Hawkhurst – were shocked when their Benenden-educated daughter announced that she was going to Guildford art school to study photography. On graduating, Penny joined the hip Queen magazine, which had asked her college to send them their best student. Picture editors soon recognised her outstanding talent. On one occasion the Telegraph magazine discovered that she had taken almost every photo in that week's edition and bylined one story with the pseudonym "Wendy Patien" to save embarrassment. Offered a post as a staff photographer on the Daily Express, she was eventually refused the job on the grounds that some people found it impossible to imagine sending a female photographer to cover a train crash.
Her photos for Shelter of the slums of Glasgow in the 1960s became a memorable series of press and poster advertisements for the housing charity. She always subsidised the work she did for charities and non-government organisations – including Oxfam, Help the Aged, Save the Children and Christian Aid – with work for advertising agencies and catalogues. 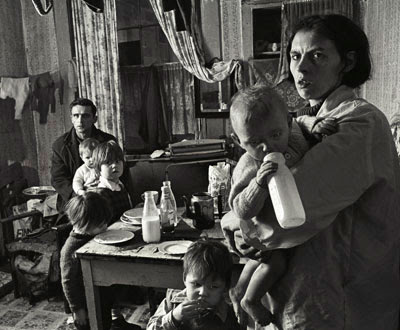 Shelter
Living in one room Glasgow 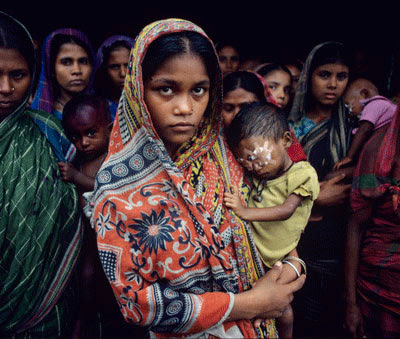 Save the Children
Child blindness in Calcutta
While working in India in 1971, Penny was commissioned by the Sunday Times to cover the Bangladesh war. Although mistakenly arrested as a spy and imprisoned in squalid conditions by the Indian army, she got out in time to secure a shocking set of photos of Bangladeshi intellectuals rounded up and murdered in the brickfields by the retreating Pakistanis in a last-ditch effort to wreck the new country.
While covering that war, she was summoned to a victory celebration outside Dhaka. Penny realised that some very frightened prisoners, accused of collaboration, were about to be bayoneted to death for the benefit of the foreign press. She and a small group of other photographers refused to participate. Others stayed, arguing that they had a duty to record the event, and won prizes for their work.
The following year, Penny and colleagues were thrown out of Uganda by Idi Amin during the mass expulsion of Asians. She had a narrow escape on the Golan Heights in the Yom Kippur war in 1973. An Israeli sergeant scooped her up under one arm and sprinted for the shelter of a tank, cameras jangling, as incoming shells just missed.
Penny's long involvement with Australia and its Aboriginal people began in 1975 when she flew to Alice Springs to photograph the filming of the BBC's Explorers: The Story of Burke and Wills. "It turned out to be an experience that changed the direction of my life," she wrote later. It resulted in a major National Geographic story and her books, This, My Country (1985) and Spirit of Arnhem Land, led to exhibitions and the 1999 Walkley award for photojournalism. Always conscientious, she returned to Arnhem Land with the book proofs to ensure that all were happy with their portrayal. 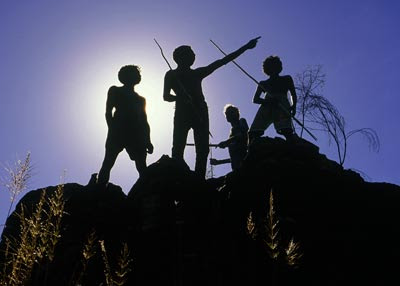 "Yolngu Boy" movie
Aboriginal 'Crocodile Man'
Now a single mother to her son, Ben, who travelled with her on many assignments, Penny kept a house in Sydney and for years commuted between the UK and Australia, where the relaxed attitude suited her perfectly. Her work continued and whether it was on the effects of strip-mining in Ghana, Beirut "between the bombs", the aftermath of the tsunami in the Indian ocean or East Timor's struggle for independence, she was often on the road. She saw much of man's inhumanity to man and empathised greatly with the subjects of her photos. 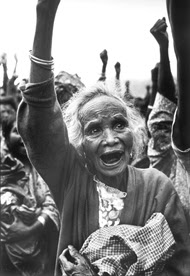 Newsweek
East Timor demonstrator
Her portraits were striking and her portfolio included Twiggy, Diana, Princess of Wales, John Lennon and Yoko Ono, Germaine Greer and Colonel Muammar Gaddafi. Latterly, she was a devoted carer to her ailing mother and lived among the Kent fields of her childhood. Recent work for the National Trust and a spectacular series of photos of Kent and Sussex for a book celebrating 30 years of the Hospice in the Weald – as so often, unpaid – showed that she had lost none of her skill. 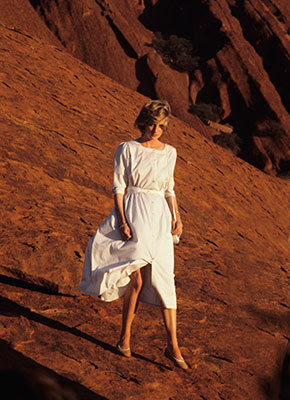 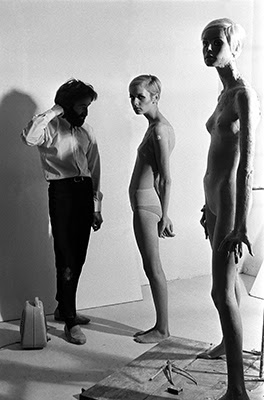 Paris Match
Twiggy, being turned into shop mannequin
Penny considered herself a working photographer to the bitter end. She coped resolutely with professional slights but it seems despair at the world's lack of use for her craft finally induced her to take her own life. Behind the exterior of the intrepid international photographer – cameras over her shoulder, bandana round her neck, wry smile on her face – was a sensitive and compassionate soul, loved and admired by a wide circle of friends across the world.
Written by  Mike Wells and Duncan Campbell from the Guardian Thursday 20th January 2011

I was shocked and saddened when I heard the news of Penny's passing.  Last September I was fortunate enough to meet Penny, she radiated warmth and intelligence.  Although our meeting was all too brief, it was clear that Penny was a fascinating woman who had led an extraordinary life, even though she was one to play her huge achievements down.  I was so looking forward to meeting her again.  My heart goes out to her family and close friends.  The world would be a better place if there were more Penny's in it. 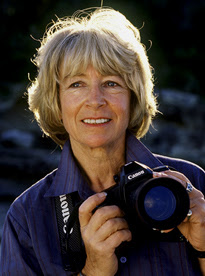