For some bizarre reason, I thought Tuesday would be the easiest day of the move.  I was wrong.  Yesterday, the professionals were coming in to pack and today they were supposed to be moving the furniture, however the weather forecast for today was terrible so they put more men on the job to get as much done as possible.
At 7.45 yesterday morning, the doorbell went and an army of burly men spread through the house like a plague of hungry locusts, packing, wrapping and moving, even Belle Mère was in shock, "they are going too fast, I can't keep up". We had not even emptied the kitchen cupboards of food and jars, we started working frantically  so they could get into the kitchen.
Things were whisked away so fast, mistakes were made, things that were supposed to be kept out have now gone into storage, it did not help, that we were all exhausted and still half asleep.
Antique amoires were taken to bits, blankets and bubble wrap were taped round valuable furniture and paintings, I have to say they were very gentle with the china and fragile objects. As they were French, we did not have to make them mugs of tea every half hour, they just stopped for a two hour lunch break and then returned to continue working at breakneck speed.
It is amazing how much one can accumulate, especially over 31 years, and after all the main stuff had gone Belle Mère, was trying to sort out 'the bits', you know, the bits, that have found their way into that draw or cupboard you always meant to sort out but just never got round to.
Anyway job done.  Well almost, MG and I are returning to the Pyrenees early tomorrow morning with a van full of furniture, kindly donated by Belle Mère. Which we will have to unload at the other end, and Belle Mère has to clean the house, I have already started cleaning and she will have help, before she hands over the house on Friday.  No doubt we will return hopefully in May, to help her move into her new home.
We did go to the market this morning, it was a bit of a damp squib, cold, wet and windy, with only half the usual stalls, but I still managed to take some photo's. 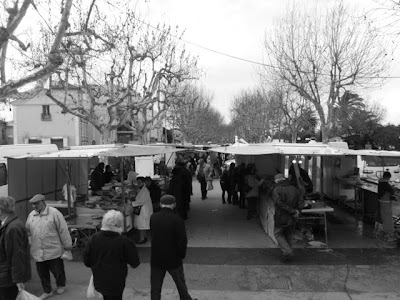 Poor Crusoe, he was shunted from one room to another yesterday, totally bewildered by the proceedings, so I took him for a pre-market walk, to let off some steam, barking at the waves. 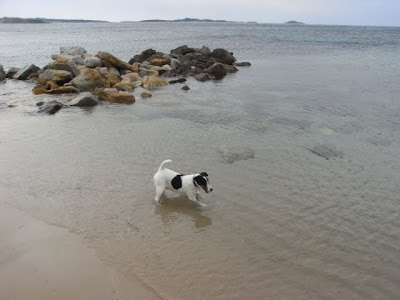 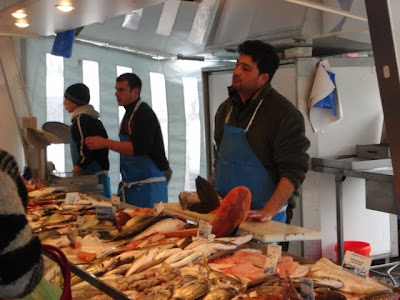 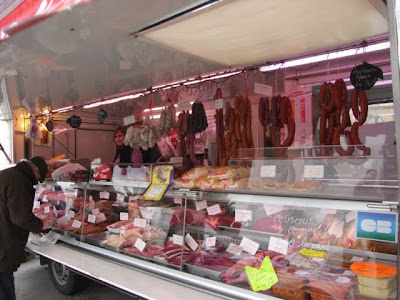 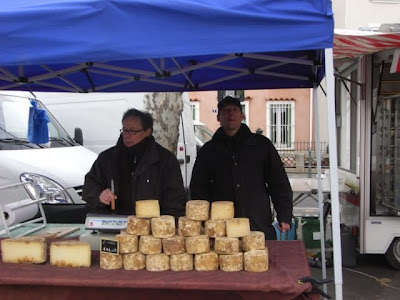 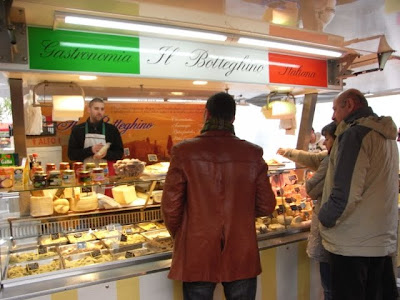 A quick coffee, and a chance to watch the passers-by. Ooh, he looks interesting! 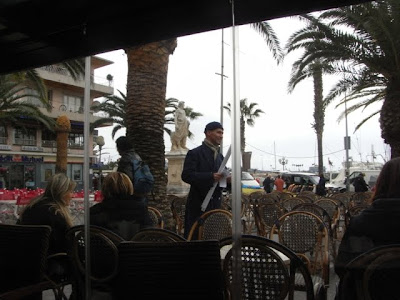 He is worthy of the Sartorialist, methinks! 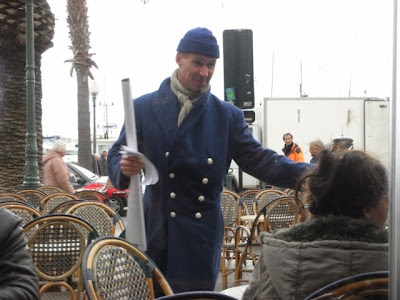 And another, wow, great turban. 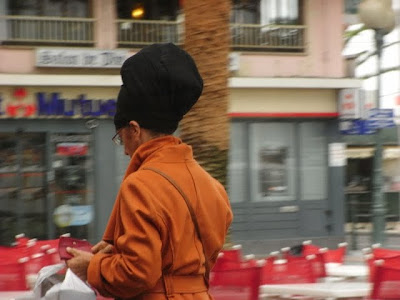 My only purchase, Anenomes for Belle Mère 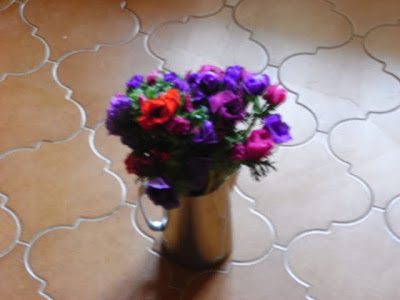