The time of year is upon us when girls all over Europe take to their Scooters, I have spent many a time in an outdoor cafe watching independent sassy young women, pulling up to the curb, parking up their scooter, shaking their hair free from helmets and striding happily and confidently to go about their business, be it some shopping, meeting friends for a coffee a romantic interlude or going to work.   I am quite envious of them, I think if I lived in a big city or a sun drenched Mediterranean haven, I would have to have one, so much more practical and environmentally friendly than a car, easy to park, nippy in traffic and judging by the looks on faces lots of fun..... 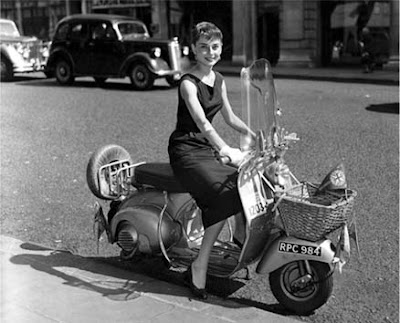 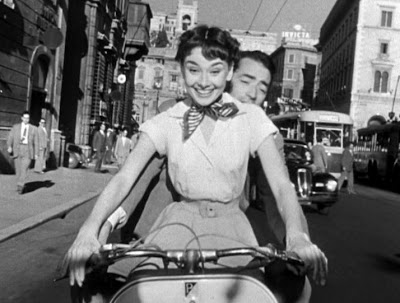 
The spiritual home of the Scooter has to be Italy although the design style of the Lambretta and Vespa
dates back to Pre-WWII Cushman scooters made in Nebraska, USA. These olive green scooters were in Italy in large numbers, ordered originally by Washington as field transport for the Paratroops and Marines. The US military had used them to get around Nazi defence tactics of destroying roads and bridges in the Dolomites (a section of the Alps) and the Austrian border areas.

Aeronautical engineer General Corradino D'Ascanio, responsible for the design and construction of the first modern helicopter by Agusta, was given the job by Ferdinando Innocenti of designing a simple, robust and affordable vehicle. It had to be easy to drive for both men and women, be able to carry a passenger and not get its driver's clothes soiled.  Hence the first Lambretta was born, shortly afterwards D'Ascanio fell out with  Innocenti so he took his designs to Enrico Piaggio, together they developed the Vespa. 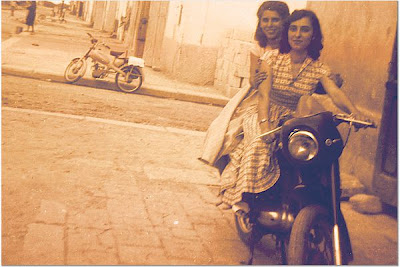 In Italy by the late forties and fifties Vespas and Lambrettas soon became a must have item, they were inexpensive, stylish and ideal for negotiating the war scarred roads of Italian cities, they were a symbol of future prosperity and offered young women new opportunities for independence and freedom. 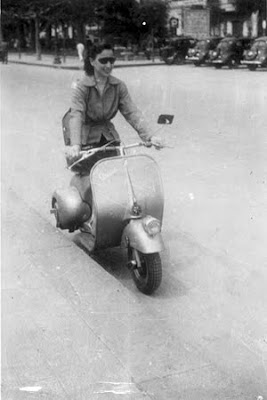 It was not long before the rest of the world followed, Scooters became huge in India and Asia, and factories sprang up making their own versions of lambrettas and Vespas.  In many parts of Asia particularly India and Vietnam Scooters rule the pot holed roads. 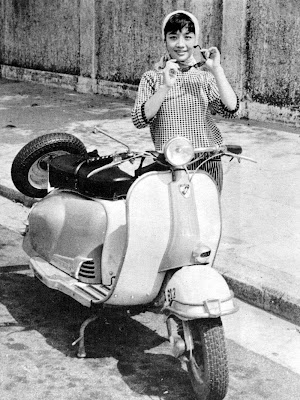 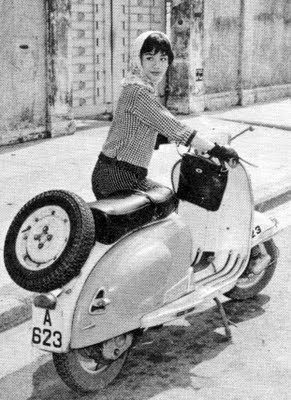 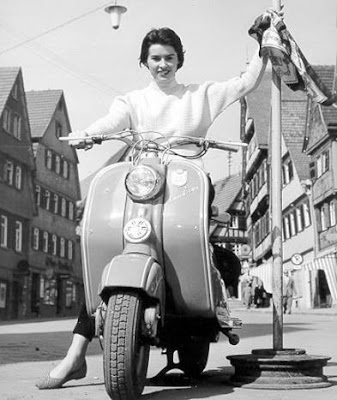 I love the early Italian Ad campaigns for Vespa and Lambretta, mainly targeted at women, you can really see the independence conveyed in these images, they seem to be saying, "I may want to be with you, but I am a busy girl, I have options, I am independent I can do what I want and choose who I want"! 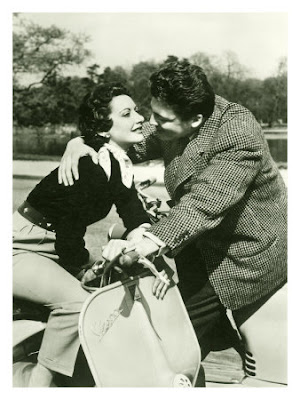 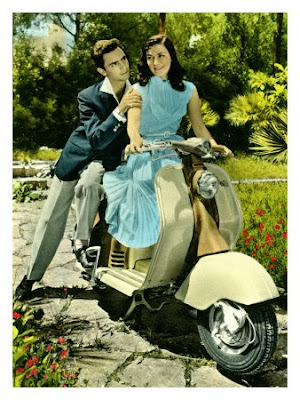 By the mid fifties and into the sixties people were starting to travel again, Scooters were marketed as the ideal vehicle for getting round sundrenched destinations. 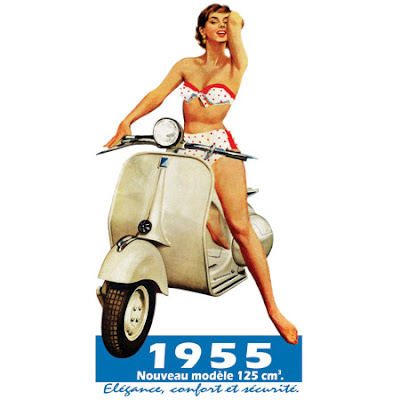 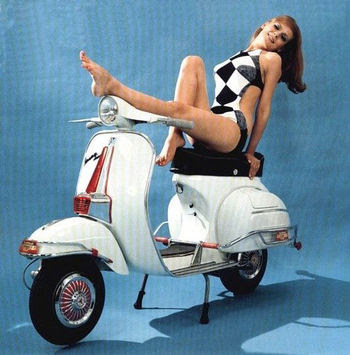 In the early sixties the Scooter was facing stiff competition from the likes of The Fiat 500 and The Mini, these stylish inexpensive small cars for 'The people' had the advantage of seating four. 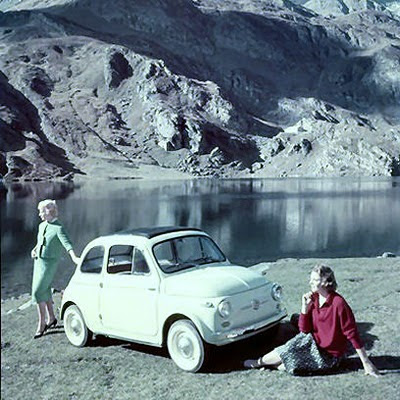 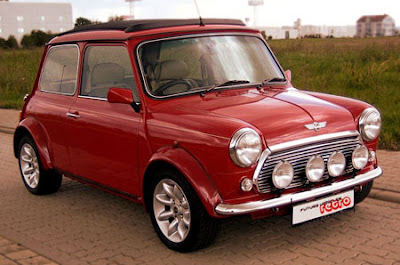 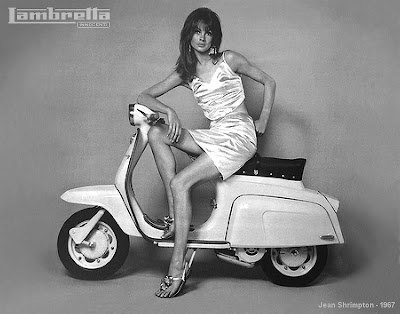 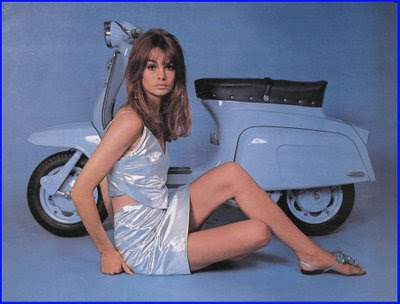 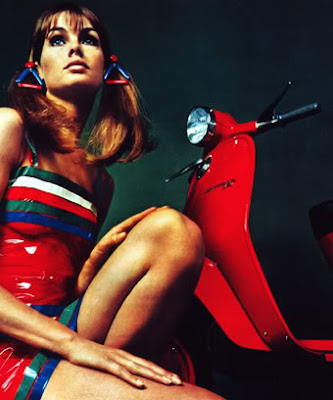 Back to the present day, retro Scooters are making a comeback, the environmental issue has probably sparked this off.  Not to mention the ease with which the scooter can nip through modern day traffic. 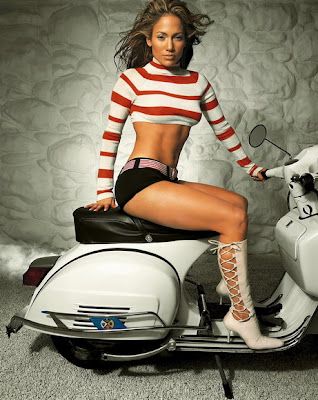 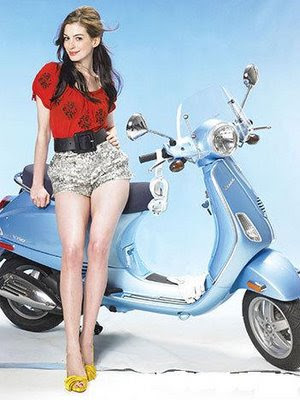 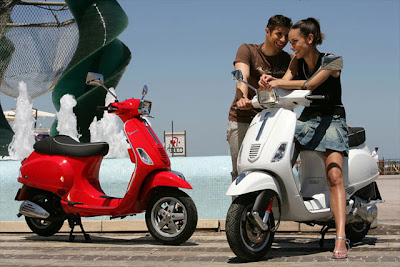 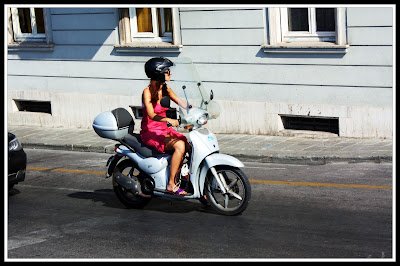 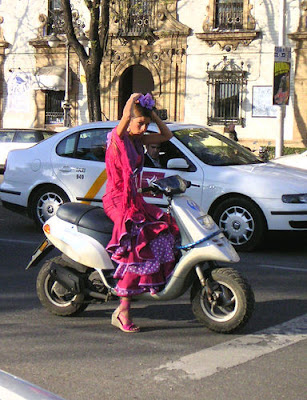 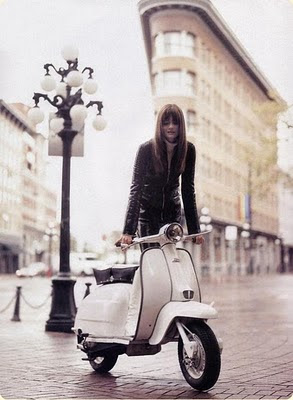 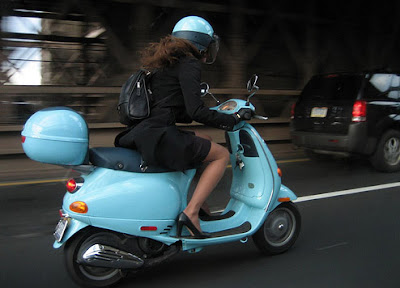