White Mischief is one of my favourite books and films so I was really interested to read the article, by Paul Spicer, below in 'The Sunday Times' and I was very excited to discover he has just written a book, which was published on Monday, another one to add to my ever-growing, Amazon wish list.

"The house might well have been in Surrey. The bricks were a bright baked red, the window frames were painted white and a high chimney on the left served the large ground-floor sitting room, which overlooked a tidy lawn. It had all the right playthings: a swimming pool, a tennis court, verandas and stables. The only clue that the house was located somewhere quite different was the enormous jacaranda tree to its left, in full pink-purple bloom.

Marula Lane House, Spicer's former home
Marula Lane was 10 miles from the centre of Nairobi, the Kenyan capital, but shortly after my wife, June, and I moved there in 1970, we nicknamed it “Murder House”. I was working for Lonrho, which had bought the property for £12,000. Despite its picturesque location in Karen — named after Karen Blixen, author of Out of Africa, and the preferred address for the well-to-do — it was a home haunted by its past. 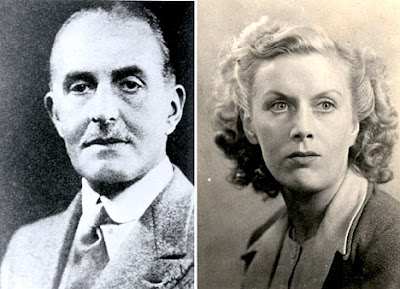 'Jock' Delves Broughton and his new wife Diana
The house had once belonged to Sir Henry John “Jock” Delves Broughton, 11th baronet of Doddington Park, who took it on in 1940 when he married his new blonde wife, Diana, 30 years his junior. Delves Broughton, an Old Etonian, was an imposing man with slicked-back dark hair, who walked with a slight limp due to a war wound. Yet, less than a year after their arrival in Kenya, he was arrested for the murder of Diana’s lover, Josslyn Hay, the Earl of Erroll. 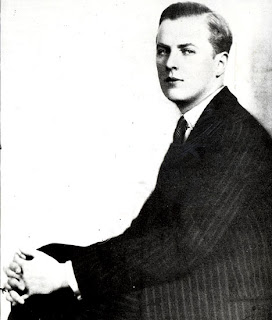 Josslyn Hay
The earl was the linchpin of Kenya’s colonial community and the Happy Valley set, as the group of aristocratic expats who set up farm on the edge of the Great Rift Valley in the years between the wars became known. Blond, clever, an ace card and polo player, he devoted considerable energies to seducing women. There was a wildness to Erroll: he was a natural womaniser, without respect for rules, regulations or husbands. This was, after all, the era of “English squires established on the equator”, as Evelyn Waugh aptly put it.
It was from Marula Lane that the earl left in his Buick in the early hours, only to be murdered two miles into his journey. His body was discovered by two milk boys on the Ngong-Nairobi road. There was a bullet hole in his neck and flecks of blood spattered the windscreen. The ensuing court case was, at five weeks, the longest on record for central Africa. Delves Broughton was acquitted, but committed suicide in December 1942 at the Adelphi Hotel, in Liverpool. At least half a dozen books have been published about the murder, which also inspired the movie White Mischief. 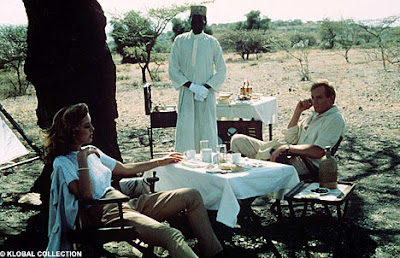 Still From The Film 'White Mischief'
When we moved into Marula Lane, it was virtually unchanged from those days of high drama. Much of the decor had been influenced by Diana, whose bedroom led into an ensuite bathroom, done up with the pink tiles that had been fashionable at the time. Jock’s bedroom, next door to Diana’s, had its own peculiar bathroom: the bath was surrounded on three sides by mirrors and there was one on the ceiling above the tub. The reasons for such self-imposed voyeurism are perhaps best left to the imagination.
Downstairs were three main rooms: the sitting room was long and dominated at one end by a fireplace. One of the dining-room windows looked out over a small round swimming pool (which became a sandpit for our two children), where Diana used to go skinny-dipping. The story goes that Joss and Jock were both in Marula Lane one day when Diana was swimming in the nude. So, there was Jock looking out of the dining-room window when he saw Joss standing by the pool, holding up a towel, ready for Diana’s exit. Jock opened the window and shouted: “Joss, it’s my turn to dry Diana today!” 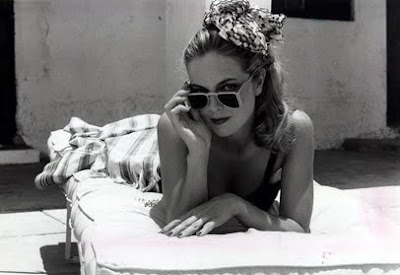 Greta Scatcchi as Diana in The Film 'White Mischief'
One must remember that Jock was surprisingly tolerant of the liaison between his wife and Joss. There was a sense of “no grudges” between these two men, who shared the same alma mater and had been brought up to believe that “all’s fair in love and war”. So who did shoot Lord Erroll?
The question hangs in the air. It enthralled me, and the three years I lived in Marula Lane, as well as subsequent visits Kenya, staying with friends or at the Muthaiga Club, inspired me to try to find out. It led me to Alice, Countess de Janzé. She had made close friends with my mother, Margaret Spicer, in late 1925. Both were born in America, both spoke French and both were musical. The countess, who had dreamy grey eyes, bee-stung lips and a fashionably boyish figure, had also been one of Joss’s lovers.

Alice Countess de Janzé
The more I read and investigated, the more the idea that Alice was the murderer consumed me. So little was really known about her origins, her wealth and what sort of a person she really was. A young heiress, she had tired of Chicago’s jazz-age nightclubs and fled to Europe before making a home in Africa. She was a lesson in contradictions — she could be bold and eccentric, would go out riding alone among wild animals, kept a Nile crocodile in her bathtub in Paris and launched herself with abandon into a string of unsuitable affairs. But her letters and other writings reveal a sense of wrenching need and at times overwhelming unhappiness; she committed suicide in September 1941, seven months after Erroll’s murder. 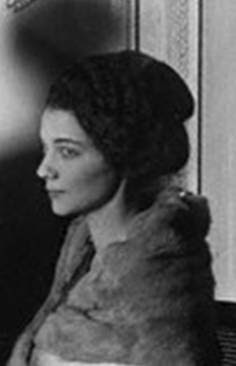 Alice in Chicago 1919
I had to find out where Alice used to live in Happy Valley, the nickname given to the Wanjohi Valley, 80 miles north of Nairobi, and soak up the atmosphere of this heady, liberated community. I stayed the night at Clouds, the house belonging to Lady Idina Sackville, nicknamed “the bolter”. Idina had been divorced five times — Joss was her third husband — and was living with her new boyfriend, Jimmy Bird. Idina was in her late fifties when I met her, and I was about 22. 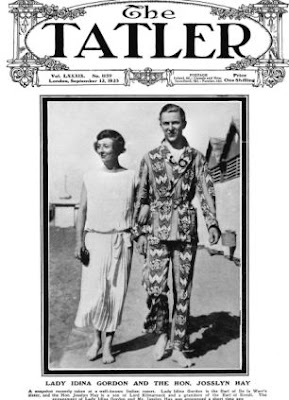 Lady Idina and Josslyn Hay
Dinner at Clouds never started until about 11pm. Idina turned to me at dinner and said: “I shall turn out the lights by stopping the generator at midnight, so you will only have about 10 minutes to undress and get into bed.” In my bedroom I found a new pair of silk pyjamas and a candle. A bottle of brandy and two glasses were also in evidence.
I had to lock my door after Bird attempted to get into my bedroom. It was only when I retired, 30 years later, that I could continue my research. I travelled to New York, Chicago, Normandy and Paris to find out about Alice, dubbed “the fastest gun in the Gare du Nord” after she shot her lover, Raymund de Trafford, at the French train station. She missed his heart by a millimetre, and he survived, marrying her five years later. “American Woman Weds Man She Shot” was the headline in The New York Times. 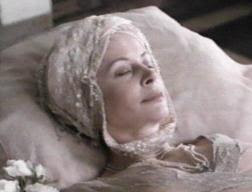 Sarah Miles as Alice In the Film 'White Mischief'
Finding Alice’s house in Wanjohi was another adventure. I hired a small plane, flown by a brilliant bush pilot called Dave Allan. He found the house from the air and we landed nearby, driving to the 600-acre farm, set by the Wanjohi River. It had been razed to the ground by the new owners, the Satima School, but the foundations still stood out. The beauty of the place was breathtaking. Alice’s burial place is not marked, but the local chief knew where it was, close to the iris beds where she had dug a grave for her favourite dog, Minnie.
Marula Lane is now owned by a local from Karen, who I imagine will have redecorated extensively and installed new bathrooms. The history of the house is fading, but the glamour of the British upper classes who called this beautiful part of Africa home, and the jacaranda tree, are still flowering". 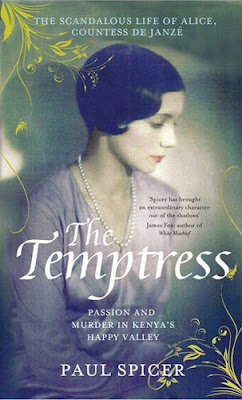 Book Available Here
Article written by Paul Spicer, From the Sunday Times 2nd May 2010.
Posted by Dash at 6:06 PM